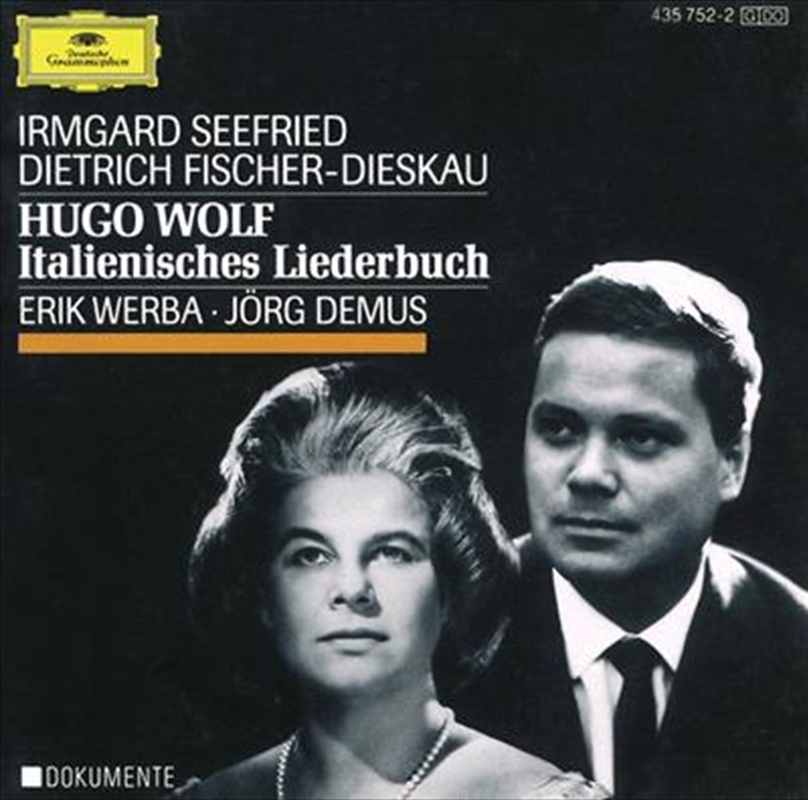 ‘The most original and artistically consummate of all my works,’ Hugo Wolf said (with justice) of the Italienisches Liederbuch which he wrote in 1890-1 to the poetry of Paul Heyse.

Perhaps no pair of singers on record has interpreted this cycle of 46 songs with such natural accomplishment as Irmgard Seefried and Dietrich Fischer-Dieskau. They made this recording near the end of the 1950s – at the height of Seefried’s career and near the start of Fischer-Dieskau’s, and its qualities of both freshness and delight in response to the text and vocal beauty have stood the test of time.  The singers performed the cycle together live at the 1958 Salzburg Festival to an ordering devised by the pianist for the occasion and Seefried’s regular accompanist, Erik Werba. In the DG studios a few months later, however, Fischer-Dieskau was joined by his own regular instrumental partner at the time, Jörg Demus. Meanwhile the subtly different responses of both pianists – Werba fuller-toned than Demus, whose pointed articulation owes something to his work on ‘period’ instruments – offer food for both thought and pleasure.

Without attempting to concoct a storyline, Werba’s ordering allows the poetry’s depictions of woman and man to contrast with and complement each other. A spirited opening group is followed by one which is predominantly lyrical, illustrating the need for love, the woman’s surrender and then wavering, a manly longing for death, a farewell, and appeal to sworn fidelity. The closing section juxtaposes a declaration of love, humour, mockery, caricature, resignation and finally boasting, with the soprano’s jubilant “confession” that she has 21 lovers.  All four musicians fully bring to life the emotions of elation, joy, anger and irony in Wolf’s songs. Fischer-Dieskau’s second recording (with Elisabeth Schwarzkopf and Gerald Moore for EMI) is justly famous in its own right, but the magic of this DG recording lies in the unaffected ease of his partnership with Seefried.

‘The performance is impressive… the very feminine, humorous selections are wonderfully conveyed, and [Seefried’s] work is filled with inspired little touches… [Fischer-Dieskau] brings his customary tonal focus and command of nuance to each song, and carries off the humour every bit as well as the more serious moods.’ High Fidelity, July 1960