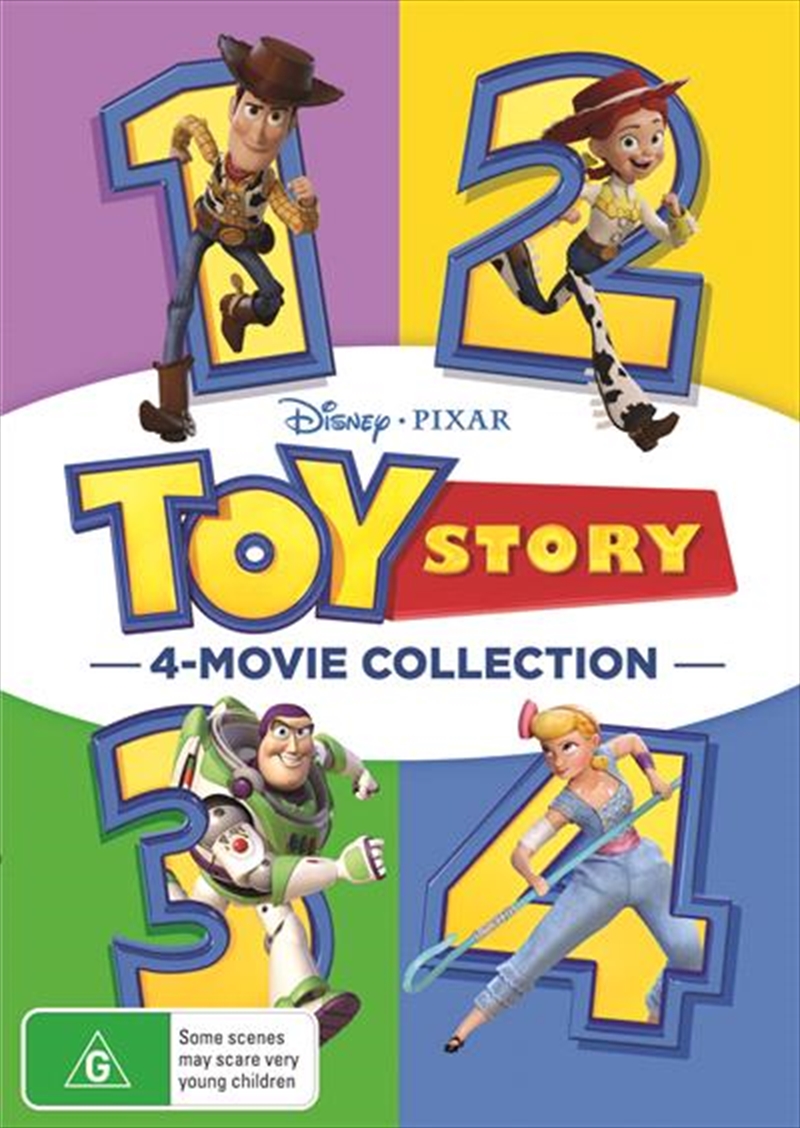 Toy Story - Experience a spectacular new dimension of fun and adventure with Disney's No.1 box office smash hit and the recipient of a special Academy Award - TOY STORY! When a flashy new "space ranger" named Buzz Lightyear (Voiced by Tim Allen - The Santa Clause) enters the world of a pull-string cowboy named Woody, (voiced by Oscan winner Tom Hanks), it sparks an outrageously funny tiff between toys. Accidentally whisked away from home and into the clutches of a neighbourhood bully, these two squabbling rivals must work together as a team if they are to escape. With toy box pals Rex the dinosaur, the Green Army Men and Mr. Potato Head ready to lend a hand, Woody and Buzz unite in friendship for a phenomenal adventure home! Visual wizardry, uproarious laughs and the coolest characters ever assembled transform the world's first computer-animated feature into an incomparable movie marvel. No matter what your age, TOY STORY will dazzle you every time!
Toy Story 2 - While Andy is away at summer camp, Woody is toynapped by Al, a greedy collector. Before you can say "to infinity and beyond", Buzz Lightyear, Mr. Potato Head, Hamm, Rex and Slinky Dog spring into action in a thrilling and hilarious rescue mission that will have everyone cheering! This enormous box office smash garnered worldwide critical reviews and won a Golden Globe award for Best Picture! TOY STORY 2 features the original voice cast, headed by Tom Hanks as Woody and Tim Allen as Buzz Lightyear. Joining them is a roundup of heartwarming, unforgettable new characters, including Jessie the cowgirl, Bullseye the horse and Stinky Peter the prospector. A masterpiece of great storytelling, laugh-out-loud humour, wonderful music, and eye-popping animation, TOY STORY 2 is a joy for both kids and adults!
Toy Story 3 - Woody, Buzz and the whole gang are back. As their owner Andy prepares to depart for college, his loyal toys find themselves in daycare where untamed tots with their sticky little fingers do not play nice. So, it's all for one and one for all as they join Barbie's counterpart Ken, a thespian hedgehog named Mr. Pricklepants and a pink, strawberry-scented teddy bear called Lots-o'-Huggin' Bear to plan their great escape.
Toy Story 4 - When a new toy called Forky joins Woody and the gang, a road trip alongside old and new friends reveals how big the world can be for a toy. Woody has always been confident about his place in the world and that his priority is taking care of his kid, whether that's Andy or Bonnie. But when Bonnie adds a reluctant new toy called "Forky" to her room, a road trip adventure alongside old and new friends will show Woody how big the world can be for a toy.
DETAILS