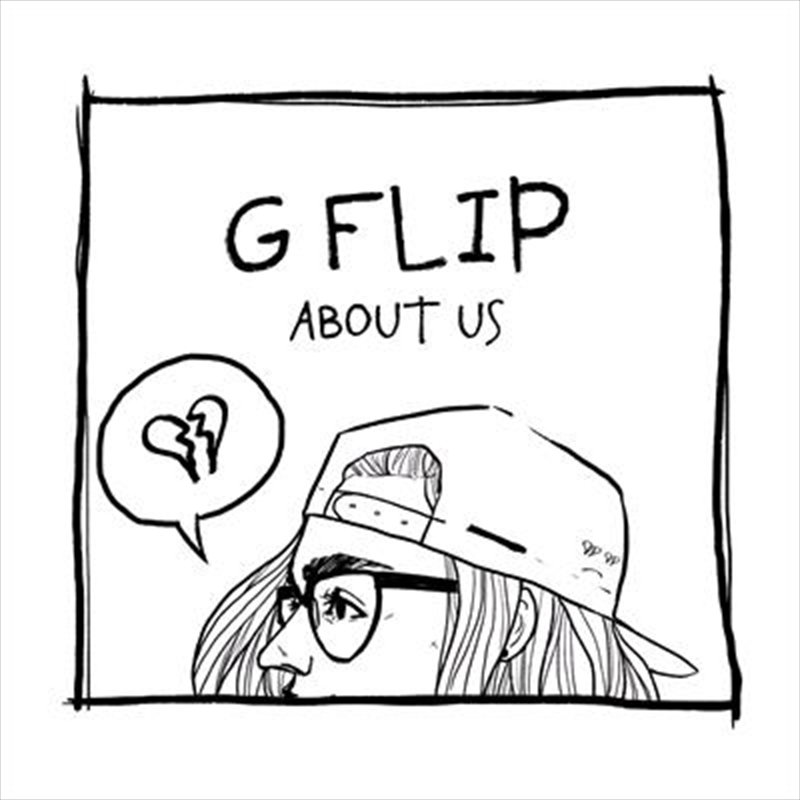 G Flip About Us CD

G Flip, the project of multi-instrumentalist, singer-songwriter and producer Georgia Flipo, releases her debut album ABOUT US.

Featuring the singles About You, Killing My Time, Drink Too Much & I Am Not Afraid, Flipo has also released a new single from the album, titled ‘Stupid’.

Review of G FLIP - About Us by Thomas Bleach

G FLIP’s debut album ‘About Us’ is possibly one of the years most anticipated debut albums from an Australian artist. With the up-beat playfulness of her big singles and their catchy hooks like ‘Killing My Time’, ‘Drink Too Much’ and ‘Stupid’, they don’t really highlight the intimate side of G-FLIP that the rest of the album holds. Opening with ‘Lover’ she kicks off the record in the up-most anthemic way. With very little instrumentation she gradually builds these chant like chords that come together to plead that all she wants to be is a lover. It’s a great way to kick off the album as it’s intimate, honest and real. “I just wanna be your lover. You know that we ain't friends. Yeah, I tried to love another. It never made much sense”. From there ‘I Am Not Afraid’, ‘About You’ and the instant favourite ‘Waking Up Tomorrow’ follow the same gradual structure in building an anthemic and emotional feeling within her relationship with the listener. But it’s ‘Morning’ that stands out in particular as she layers the production different with simple piano and drums that collide together to sound like layered beats in their most authentic true forms. It’s also an honest depiction of the loneliness you experience during a break up that sees you just longing for that person to come back into your life no matter. “Ain’t nobody else that I want in the morning. Ain’t nobody else that I want right now, babe”. Following a more grand production structure with piano and strings, ‘Bring Me Home’ is a raw ballad that stands out in it’s own way and is one her fans have been acquainted with for a little while now. Closing the intimate proceedings with ‘2 Million’ it finishes the album how it started, with hope and love. It’s a simple and beautiful song that ties the ten songs perfectly together that act like a rollercoaster of emotions. It’s an honest, raw and real telling of emotions that reflect on the ups and downs of a relationship and gives you an outlook on the good and bad. This is a strong debut record for G FLIP that will help her continue her rise in the music world.

2.I Am Not Afraid