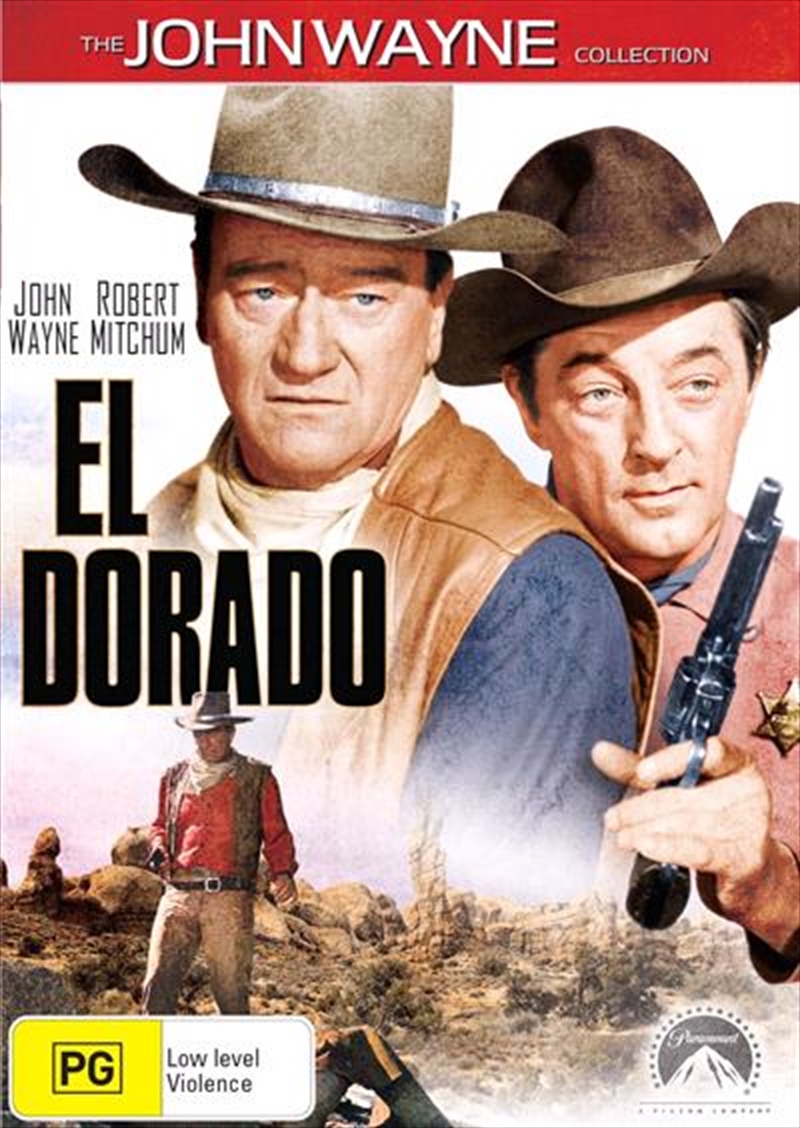 DESCRIPTION
Cole Thornton, a gunfighter for hire, joins forces with an old friend, Sheriff J.P. Hara. Together with an old Indian fighter and a gambler, they help a rancher and his family fight a rival rancher that is trying to steal their water. Legendary producer-director Howard Hawks teams with two equally legendary stars, John Wayne and Robert Mitchum, in this classic Western drama. Mitchum plays to perfection an alcoholic but gutsy sheriff who relentlessly battles the dark side of the wild West, ruthless cattle barons and crooked "businessmen." The Duke gives an equally adept performance as the sheriff's old friend who knows his way around a gunfight. Filled with brawling action and humour; El Dorado delivers the goods. James Cann and Ed Asner co-star.
TRAILER
DETAILS