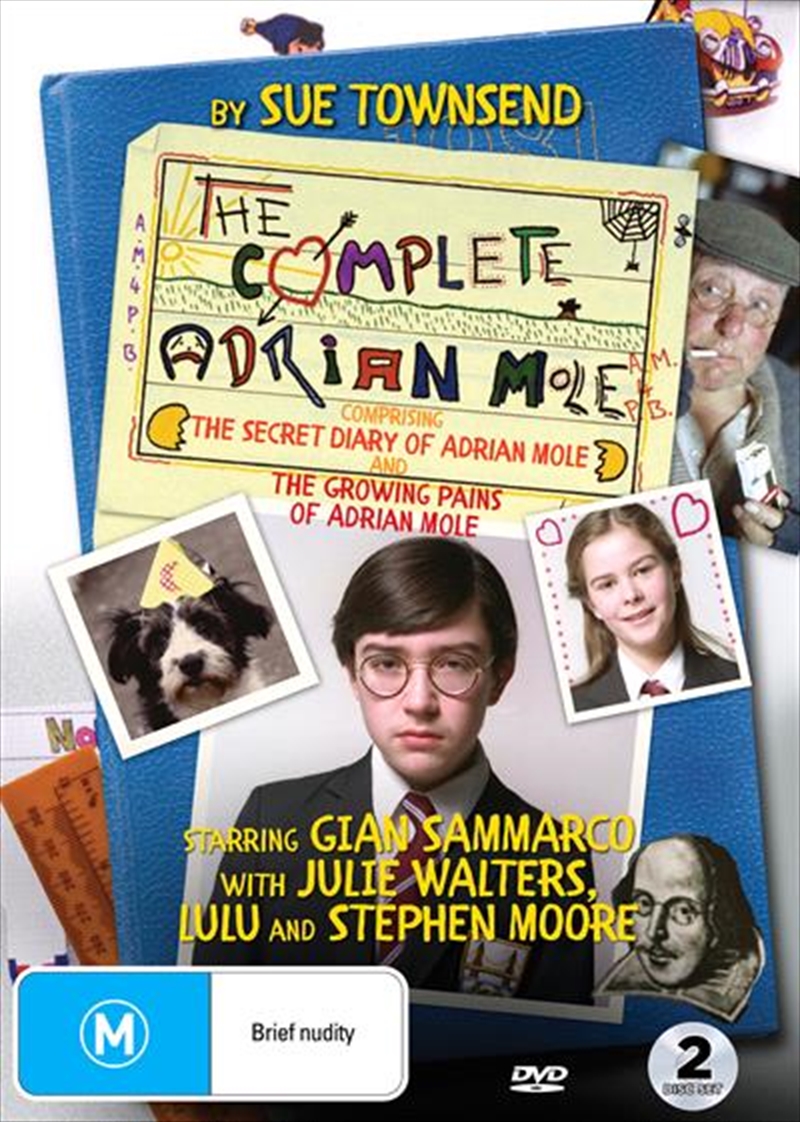 Want to click and collect? Check store availability
DESCRIPTION
Adapted from Sue Townsends bestselling novels, the Two Adrian Mole hit series chronicle the everyday traumas and emotional upheavals of the legendary teenage diarist as he struggles to come to terms with life in the 1980s. Gian Sammarco is the angst-ridden scribbler with literary aspirations, with Julie Walters and Lulu successively portraying his mother, Beryl Reid his opinionated grandma, Stephen Moore his errant father, and Bill Fraser his elderly chum, Bert Baxter. Adrian certainly has much to contend with. Spots erupting on his chin; Good Samaritan visits to an OAP whos even more obnoxious than his dog; Barry the school bully and his extortion rackets; warring parents forever on the brink of divorce; and Pandora, the capricious love of his young life...
DETAILS