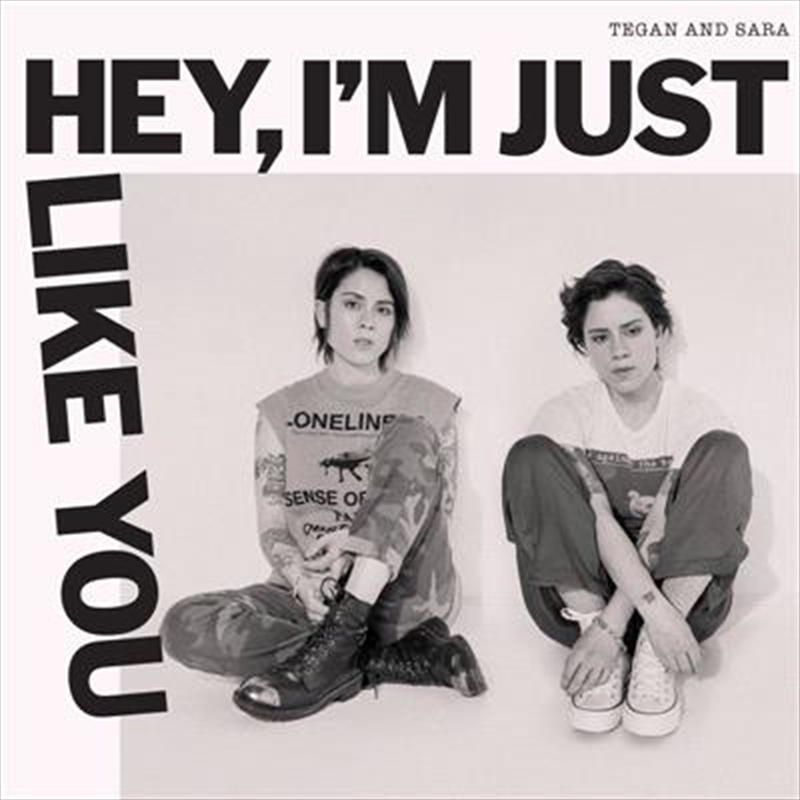 Tegan And Sara Hey I'm Just Like You CD

FOLLOWING THE EXCITING ANNOUNCEMENT OF THEIR NINTH STUDIO ALBUM A COUPLE OF WEEKS AGO, THE PRE-ORDER FOR TEGAN AND SARA’S ALBUM ‘HEY I’M JUST LIKE YOU’ WILL LAUNCH AT 1200AM THIS FRIDAY.

The album was inspired by a find Tegan and Sara made while they were writing their first memoir, High School, which will be published by MCD X FSG (USA) on September 24, three days before the album arrives.

“While working on our memoir, we discovered lost cassette tapes that had been unheard for over 20 years,” recalls Tegan. “They contained dozens of our first songs, written between the ages of 15 and 17…we immediately recognized the songs as an essential part of our high school story.”

Hey, I’m Just Like You is a return to Tegan and Sara’s rock and punk roots, with a punch of pop production. Recorded in Vancouver, Canada in April and May 2019, the album recasts the remarkable innate songwriting talents both possessed as teenagers, and allows these previously unreleased songs to benefit from the studio expertise they have gained in the past two decades – a period that has seen them release eight studio albums, earning seven Gold certifications and one Double Platinum certification in the process. Defiant and melodramatic, the songs capture the exultation and grief of first loves, first losses, ecstatic kiss-offs, and psychedelic tributes to friendship.

1. Hold My Breath Until I Die

4. Don’t Believe The Things They Tell You (They Lie)

6. I Don’t Owe You Anything

9. Keep Them Close Cause They Will Fuck You Too

10. We Don’t Have Fun When We’re Together Anymore