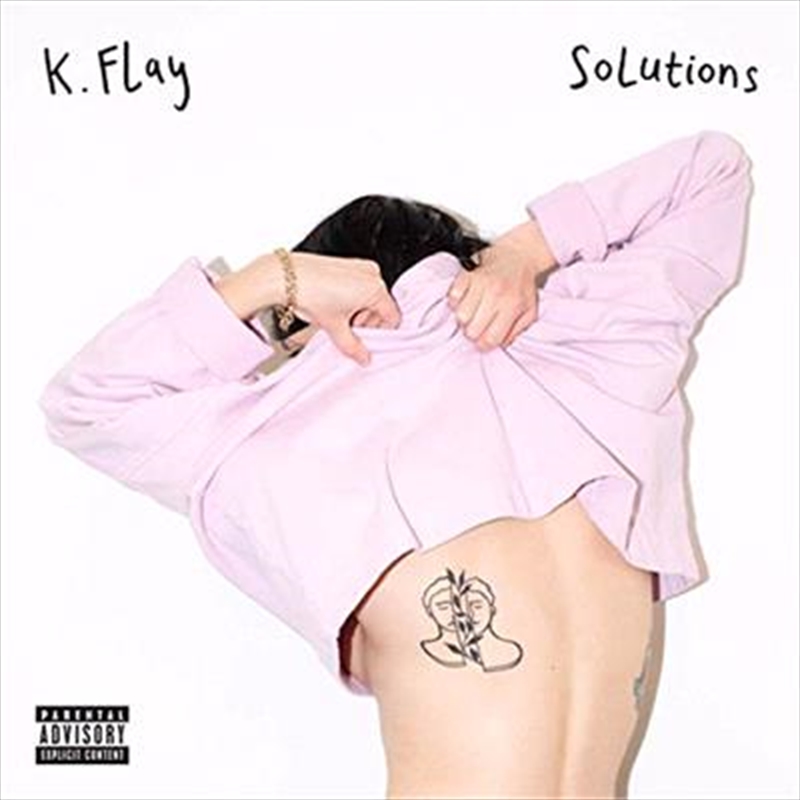 Kristine Meredith Flaherty, better known as K.Flay, is an American singer, songwriter, rapper, and musician. Her debut album Life as a Dog was released in 2014, peaking on the Billboard Heatseekers Albums chart at #2 and Billboard's Rap Albums chart at #14.

Solutions was catalyzed by a three-year whirlwind of world touring and prolific output, which found K.Flay seeking to remind herself of the simple pleasures in life again. Inspired by such an awakening and need for self-care, she’s translated this new-found acceptance into 10 genre-bending bangers.

On her third studio album ‘Solutions’, K.FLAY is introducing a whole new side to her artistry. Within the dark confessions of her past heartache and family revelations, there is a bright hope shining through her new material. It’s a big contrast to her last record ‘Every Where Is Some Where’ which was dark and gritty at it’s roots. But this record sits in a very bright and hopefully place which further explores her experimental layers. Opening with ‘I Like Myself (Most Of The Time)’ she explores her anxiety and embraces the highs and lows of it. By questioning “I like myself most of the time time. Is that a crime?”. She normalises the dark thoughts that some of us have from time to time. Sometimes we are happy and sometimes we are not and that’s okay. Shaking off bad people in her life ‘Bad Vibes’ is an anthem in it’s own right as it explodes a massive festival ready hook which is followed by ‘Sister’ and ‘This Baby Don’t Cry’ which receive a similar treatment. With big guitars and bass filled synths, these songs have a real power and energetic drive behind them. She strips it back slickly for ‘Nervous’ which is a romantic pop song about falling in love with someone. There is such a distinctive K.FLAY quirk to the way she’s positioned herself and it’s so enjoyable. “Normally, I'd file away your face as a distraction. But I like the way that you're distracting me”. The albums strongest moment comes from the anthemic ‘Good News’ which will surely have to become a single with it’s captivating hook and slick rap verses. Everything about it is intoxicating in the best way. But ‘DNA’ comes as a close second with it’s honest and raw subject. Other tracks ‘Ice Cream’, ‘Not In California’ and ‘Only The Dark’ compliment the rest of the album well, but they aren't as individually strong as some of the others. K.FLAY has done a brilliant job in creating another relatable and honest record that is purely individual and doesn't sound like anyone else. Her sound is her sound. It’s experimental, big and fun.
See more from Thomas on his website
DETAILS