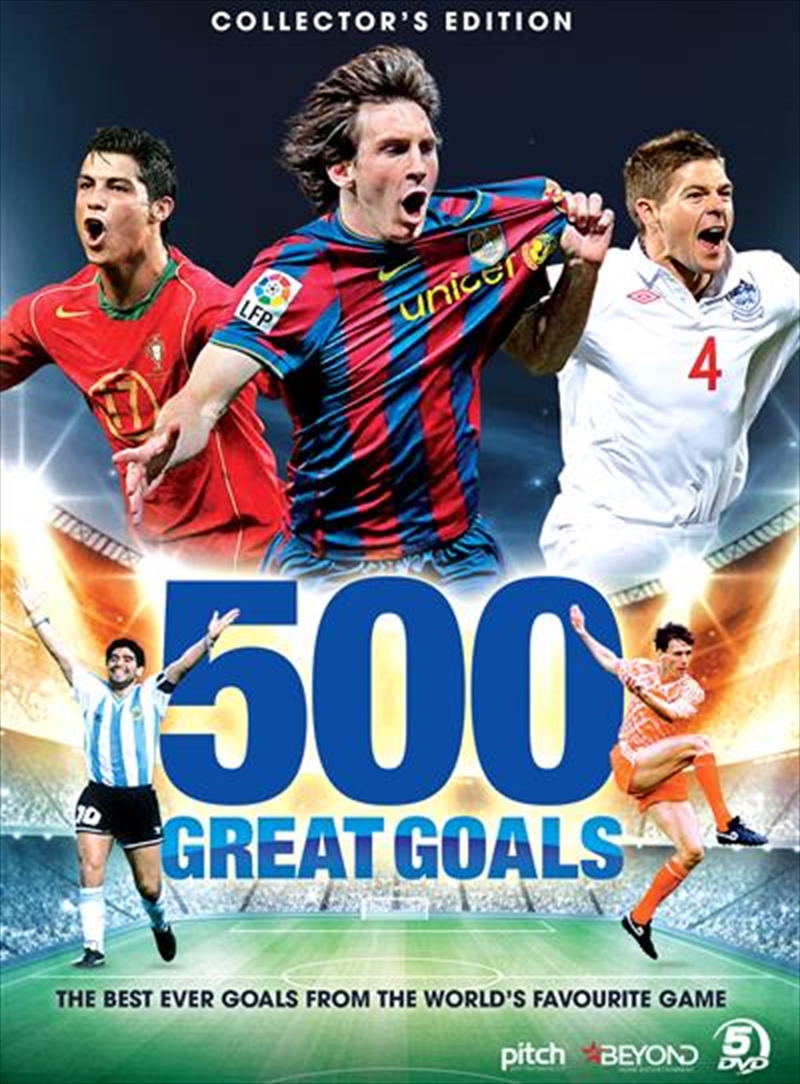 Shipping - See delivery options.
Postcode:
Quantity:
SEE MORE IN:
4 for $50 DVD, Blu-ray & More
From Premier League games to the UEFA Champions League Final, and from Brazilian domestic football to the glory of the FIFA World Cup, no stone has been left unturned to collect the most impressive and skillful goals you've ever seen. You won't be able to tear yourself away from this amazing array of fantastic moments from legendary players including PELE, DAVID BECKHAM, MARCO VAN BASTEN, DIEGO MARADONA, DENNIS BERGKAMP, ZLATAN IBRAHIMOVIC, JOHAN CRUYFF, PAUL GASCOIGNE, THIERRY HENRY, ZINEDINE ZIDANE and many more. Listen to the players themselves analyse some of the best goals they've ever scored, including David Beckham's memorable free-kick against Greece, Teddy Sheringham's crucial equaliser in the 1999 UEFA Champions League Final, and Diego Maradona's skillful and exquisite dismantling of the England defence in the 1986 FIFA World Cup. Hear Sir Bobby Charlton discuss the mercurial George Best, Sir Alex Ferguson wax lyrical on the skills of the young Wayne Rooney, and Terry Venables talk us through Gazza's wonder goal against Scotland at UEFA Euro 96. This is the definitive collection for any lover of the beautiful game.