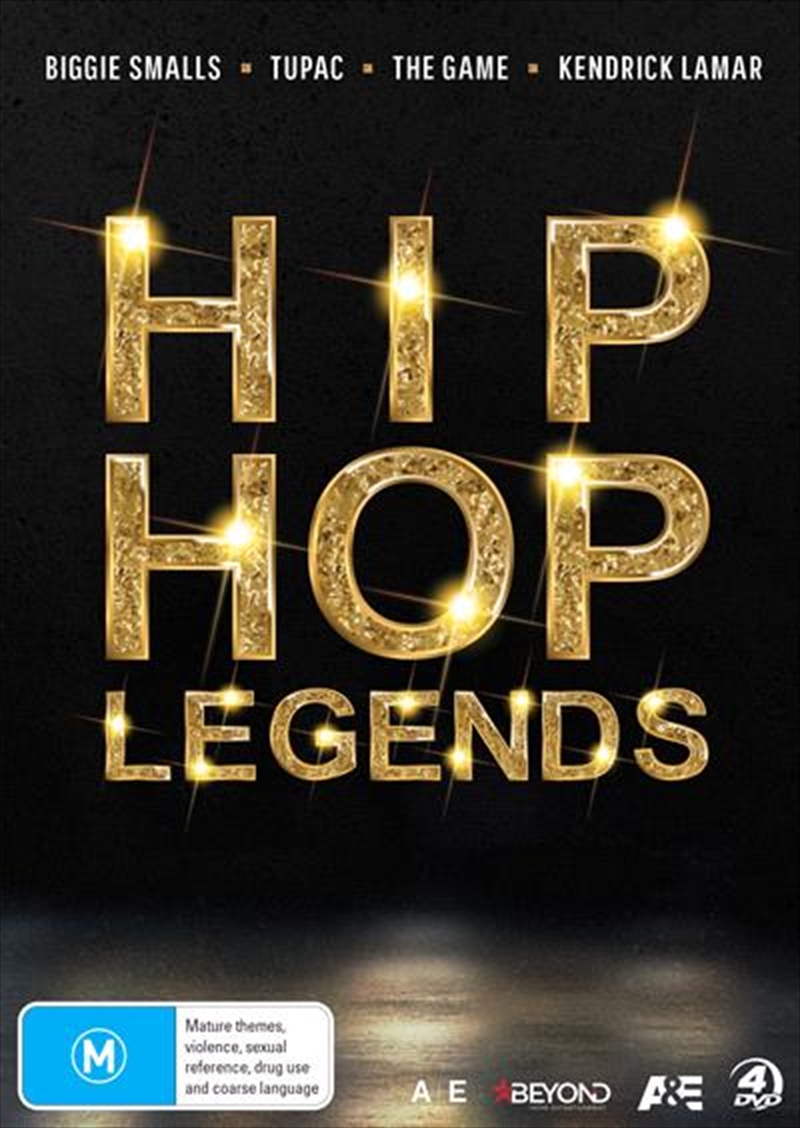 Shipping - See delivery options.
Postcode:
Quantity:
SEE MORE IN:
Documentaries Up To 50% Off Boxsets Shocking Clearance Movies & TV Clearance Boxset Clearance Movie Collections
Biggie: The Life of Notorious B.I.G - Directed by Mark Ford, Biggie: The Life of Notorious B.I.G. is the first biography to be authorized by his estate and will be the most personal and revealing documentary about the late Christopher Wallace that anyone has ever seen. This intimate documentary will focus on Faith Evans as she embarks on an emotional journey to reconcile her own turbulent memories. In addition, the special will explore the people and places that shaped his life including his youth hustling on the streets of Brooklyn, NY, his rise to fame with his confidante and collaborator Sean Diddy Combs, his relationships with Faith Evans and Lil Kim, his feud with Tupac Shakur, and his shocking murder on the streets of Los Angeles.
Who Killed Tupac? - In this 6 episode investigative series, civil rights attorney Benjamin Crump will investigate the Tupac case exactly as he has treated other high-profile murder cases: he will interview the witnesses (some who have never talked before), review the evidence, examine the many theories, and come to the most informed and definitive conclusion as to what happened and why. In each episode, Crump and journalist Stephanie Frederic will examine one of the key theories. Through Tupac's own words and exclusive new interviews with eyewitnesses, family, friends, and colleagues, viewers will come to understand every facet of Tupac Shakurs complex personality. This investigation will be the most fascinating and comprehensive look at our generation's most high-profile unsolved murder.
Streets Of Compton - The city of Compton has become a pop culture lightning rod from the musical influences of superstar hip hop artists and rappers like NWA, The Game and Kendrick Lamar telling their personal stories of survival in one of the roughest cities in the United States. But few people know the story of how the city went from a predominantly white, conservative suburb of Los Angeles in the 1950s to ground zero for notorious gangs the Pirus, the Crips and Sureos in the 1980s. STREETS OF COMPTON chronicles the city's history and illustrates how the iconic music, culture and style that came out of the area in the 80s and early 90s were influenced by the drugs, gangs and political turmoil of the time. Features exclusive interviews with current and former Compton residents including actress Niecy Nash, comedian Paul Rodriguez and musicians Lil Eazy-E, DJ Yella, Arabian Prince, DJ Speed, Tha Chill, MC Eiht, AD, Payso and Problem. Venus and Serena Williams father Richard Williams and former Black Panther Robert Johnson are also interviewed.