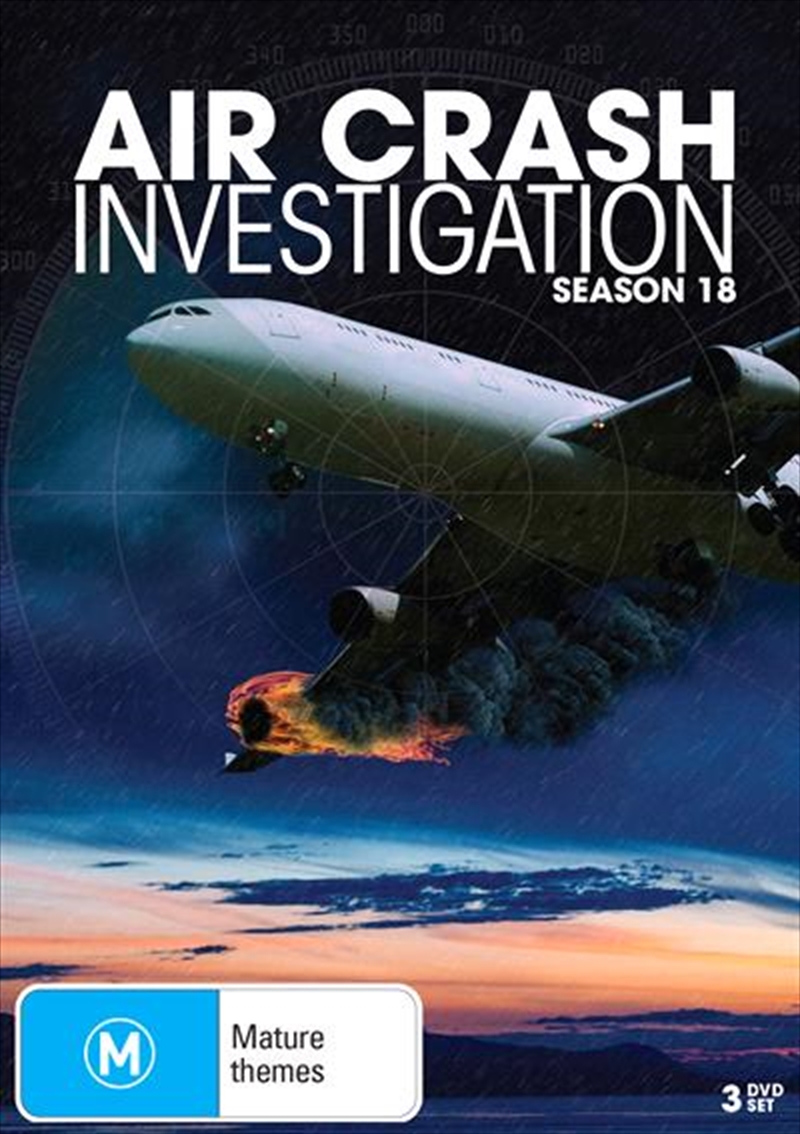 Shipping - See delivery options.
Postcode:
Quantity:
SEE MORE IN:
Documentaries Air Crash Investigation Shocking Clearance Movies & TV Clearance $5 Movies & TV Shows
Every time a plane crashes, the world takes notice. And so do the experts whose job it is to figure out what happened. Air Crash Investigation 18 uncovers the truth behind the most legendary aviation disasters, and every episode features eyewitness accounts, captivating re-enactments, state-of-the-art CGI, and interviews with the investigators who ultimately determined what went wrong.This season on Air Crash Investigation: a commercial airliner goes down in eastern Ukraine, Qantas Airways flight 72 nearly falls out of the sky and Swiss investigators must determine how a seasoned Alitalia crew flew their DC-9 into the ground just a few miles short of a Zurich runway.