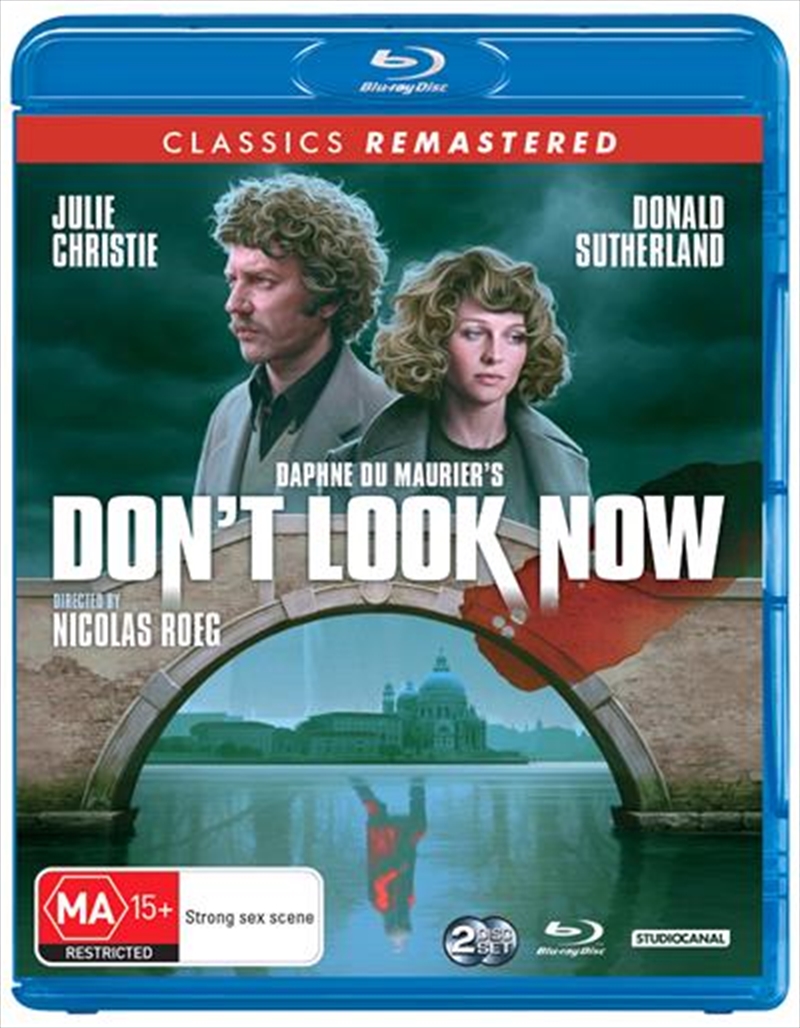 A hypnotic tale of love, death and the most startling memories in between,Don't Look Now is a controversial thriller from British visionary Nicolas Roeg (The Man Who Fell To Earth, Performance). It is a time of sadness and reflection for British couple John (Donald Sutherland, The Hunger Games) and Laura Baxter (Julie Christie, Doctor Zhivago) as together they struggle to come to terms with their daughter's accidental drowning. To help ease their pain and remove them from their sombre surrounds, John accepts an assignment in Venice, Italy where he is engaged to restore works at an ancient church. Comfortable in their new surrounds they encounter two elderly sisters, Heather and Wendy (Hilary Mason and Clelia Matania) who effect a change destined to shatter their new found equanimity. One of the sisters, a blind medium, claims to be able to reunite the couple with the spirit of their departed daughter, warning them of impending danger. Whilst Laura is intrigued, John remains skeptical but is forced to reconsider his position when he begins to have his own intensely haunting visions of the past.Based on a short fiction by Daphne du Maurier (The Birds, Rebecca), Nicolas Roeg's spine-tingling psychological thriller is a daring work of intensity and formidable depth in the chilling tradition of The Shining and The Sixth Sense.