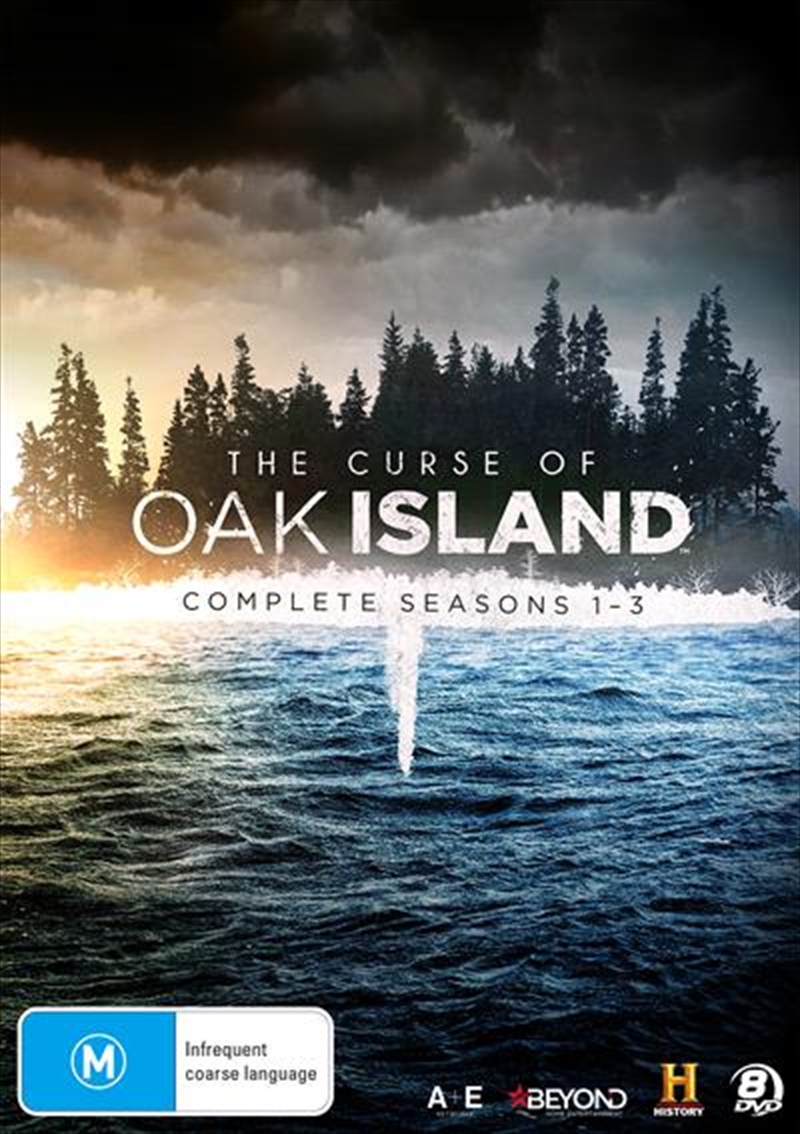 SEASON 1 - THE CURSE OF OAK ISLAND from HISTORY introduces viewers to a small island off the coast of Nova Scotia where two obsessed brothers are attempting to solve a 200-year-old mystery. Rick and Marty Lagina own most of Oak Island and are determined to find the treasure alleged to be buried there despite the fact that the island is rumored to be cursed. Legend says seven people must die before the treasure is revealed, and so far, six have lost their lives in the pursuit. Rick and Marty explore an abandoned shaft, a cove, and even drain a swamp to find the booty, and what they find is enough to make them believe the rumors may be true. Undeterred, even after a visit from a woman who lost her father and brother in a tragic accident on Oak Island years earlier, the brothers press on and make one of the biggest discoveries ever. SEASON 2 - After dating the Spanish coin they found last summer to 1652, brothers Rick and Marty Lagina return to Oak Island and begin searching the swamp again. A visitor comes to the island suggesting that he has discovered a secret method of getting to the treasure. He claims that Francis Bacon has left behind instructions to the effect that the flood tunnels can be disabled. SEASON 3 - The Lagina brothers continue their search on Oak Island, however this time they are searching the underground tunnels and prep borehole 10-X for a dive, however they encounter difficulties during their dive. Rick, Marty and the team go shopping for excavation equipment, investigate the location of a possible Knight's Templar treasure and search for the original location of the Money Pit.
DETAILS