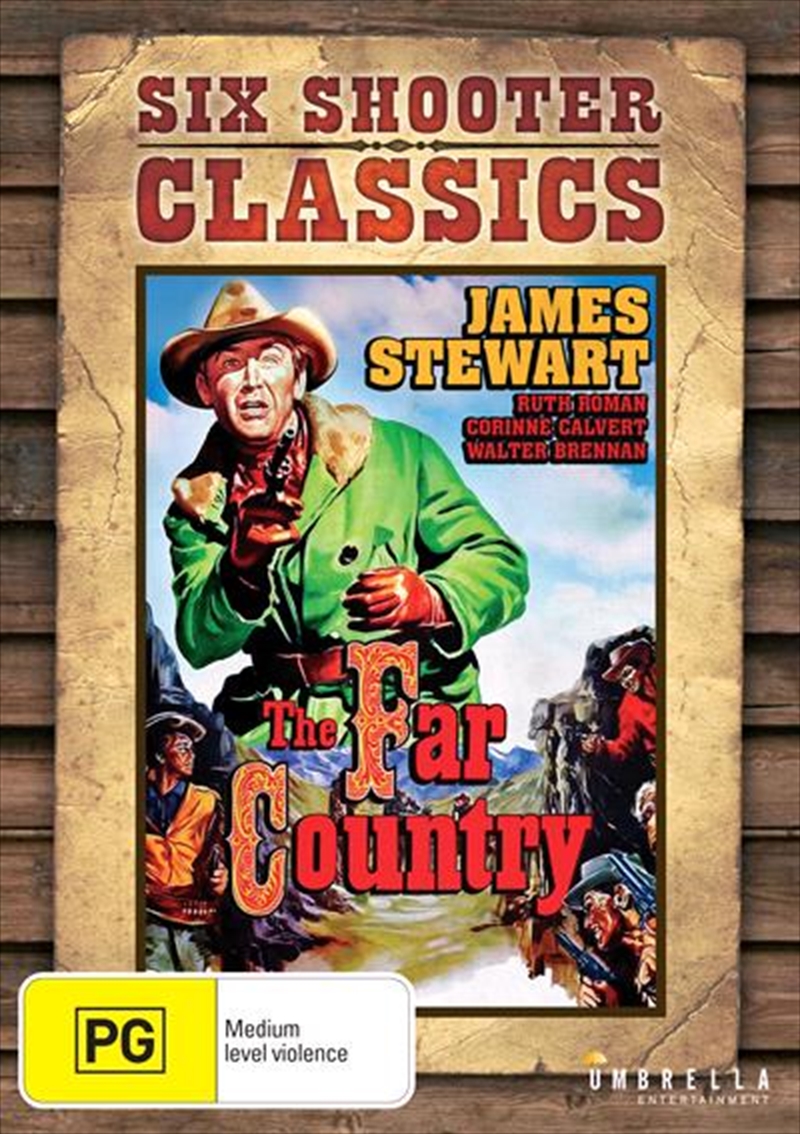 Jeff Webster (James Stewart, The Rare Breed) and Ben Tatum (Walter Brennan, Rio Bravo) are a loner and his sidekick who figure to get rich quick by selling a herd of cattle at a fancy price. They are soon caught up in a conflict with the local, self-appointed lawman, Gannon (John McIntire, Psycho) and his claim-jumping henchmen. When Tatum is killed, Webster is forced to put an end to rampant lawlessness in a guns-blazing climax. This tale from the wild gold rush days of Dawson, Yukon also stars Ruth Roman as the saloon-keeper who falls for Webster.
DETAILS