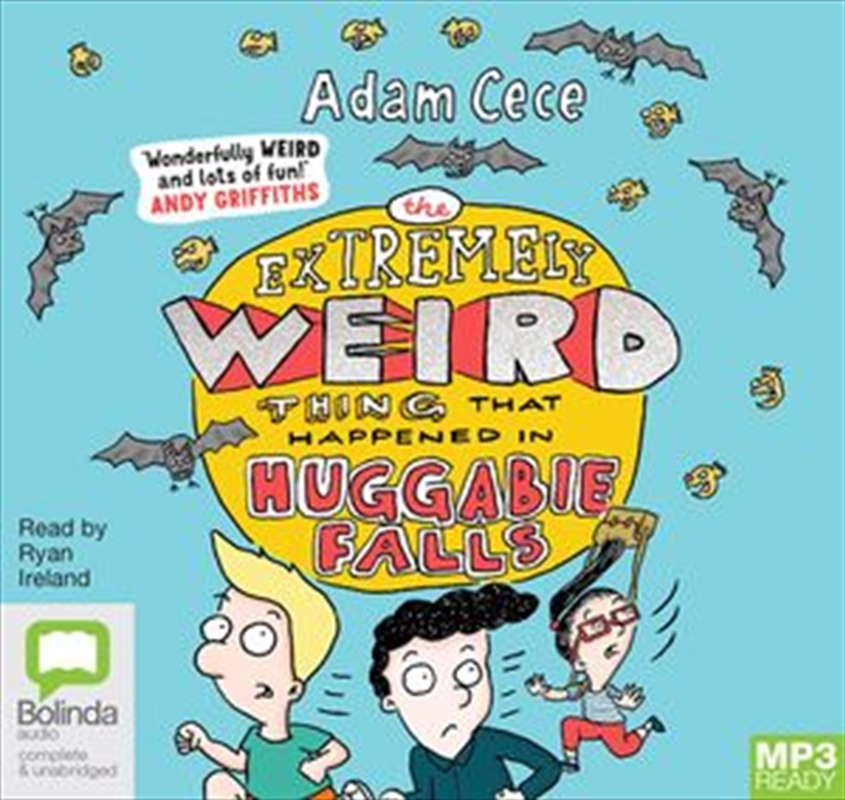 The first book in the Huggabie Falls trilogy – the funniest, craziest, weirdest series ever written, so far.

Kipp Kindle and his friends Tobias Treachery and Cymphany Chan live in Huggabie Falls, the weirdest town on Earth. Weird things happen all the time - that's normal. But when an EXTREMELY weird thing happens Kipp and his friends know that something is wrong. They embark on a fast-paced, action-packed, hilarious adventure to find out what is making everything turn normal, and to return the weirdness to Huggabie Falls.

With an evil villain, Felonious Dark, a creepy scientist and a fierce wand-wielding teacher, who has turned Cymphany into a baby hippopotamus, to contend with, not to mention killer vampire bats, vegetarian piranhas and a Portuguese-speaking lab rat called Ralf, Kipp, Tobias and Cymphany have quite a task ahead of them.