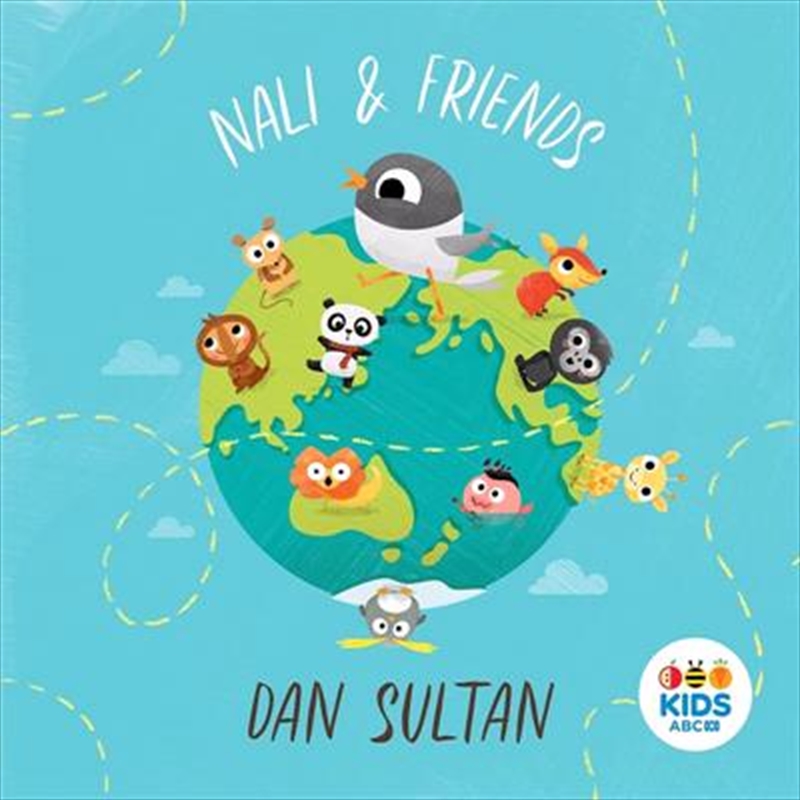 Nali & Friends is the first album of children’s music and stories by ARIA Award-winning Australian singer musician Dan Sultan. It’s a tale about unconventional, oddball animals from different parts of the world.

Co-written with longtime friend and collaborator, filmmaker Rhys Graham, the stories were inspired by the pair’s journey through Uganda and Kenya working with The Thin Green Line Foundation - an international organization that provides welfare and support to Wildlife Rangers. It was during this trip that Dan & Rhys had the opportunity to get up close with baby animals and observe their quirky personalities.

The resulting album is bursting with playful, upbeat songs, interwoven with heart-warming stories about growing up, protecting our natural world, and learning to accept difference.   Whilst Nali & Friends is Dan’s first full-length kids release, he is no stranger to the genre - having previously collaborated with children’s music icons The Wiggles and Play School.

The album’s narrative arc follows the journey of hero character Nali, a baby Arctic bird with a crooked wing, who loses her way flying from the North to the South Pole. Along the way she meets different animals from all around the world, from the jungles of Uganda to the highlands of Borneo and the deserts of Australia.   Young audiences are introduced to a cast of colourful characters.

Nali and her new pals learn about friendship, kindness and how to care for the world around us. Nali & Friends invites young children into a world where they can sing, dance, laugh and learn.