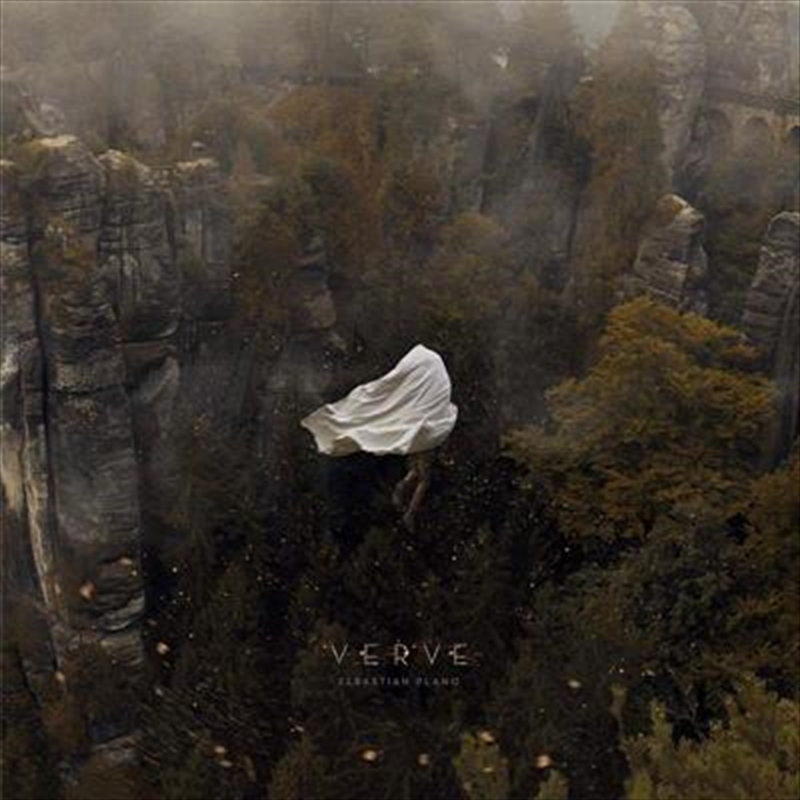 Strictly speaking, 'Verve' is not Sebastian Plano's third album. Plano's third album has no title, and only one copy exists. In fact, it may not even exist any longer. Whether or not it does, however, it's unlikely that the person who owns it actually knows they have it.

On 19th April 2013, outside the San Francisco recording studio where, that evening, Plano had completed recording the 'Novel' EP – his collaboration with acclaimed cellist (and former Kronos Quartet member) Jeffrey Zeigler – his computer, and, with it, two hard drives, were stolen from his car. Also stored on the drives was Plano's recently finished third album. Despite papering nearby streets over the coming weeks with some 500 posters offering a $5,000 reward, the drives were never returned. It was like the record had never existed.

'Verve' is therefore Sebastian Plano's third album. Initially conceived as a reconstruction of its mythical predecessor, it evolved, over several years, into something else entirely: a reaction to its content, and its loss.

To make 'Verve', Plano had to reach an acceptance that an album isn't always just a collection of music: it's a document of performances. Though he could still hear the original recordings in his head, he was slowly forced to recognise, as he battled to regain their precious lustre, that he was trying to achieve the impossible. What then emerged was even better: a record that's here and yet, somehow, not here at all. Its genesis was lengthy, and its birth laborious, but it delivers what it's title promises: spirit and vigour in beguiling measures, delivered by a unique voice. 'Verve' is Plano's most ambitious work to date.