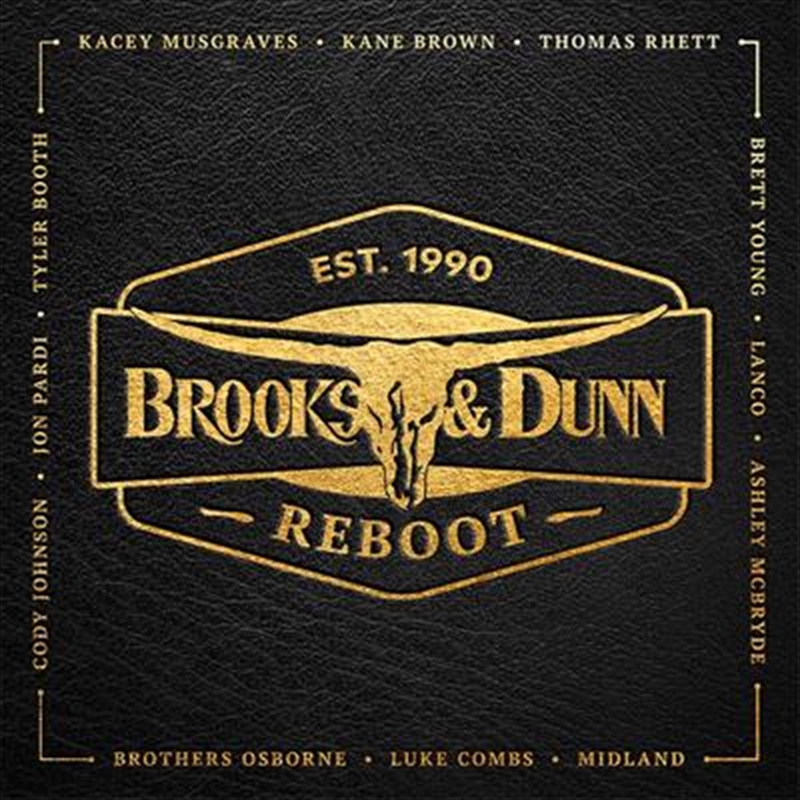 “What’s really intriguing to me is that we didn’t do any production meetings about how we might cut these things,” Kix Brooks says. “We kind of just went in, and it morphed in the process.”

“Each artist came at it from a different angle,” adds Ronnie Dunn. “When Jon Pardi walked in, he said ‘I’m in, but we’re not changing anything,’ and we didn’t musically, but his vocal speaks for itself.”

REBOOT pulls a string from Brooks & Dunn’s heyday to the here and now, feeling almost like a roadmap for where Country’s been, and where it’s going. It’s a showcase for not only the enduring appeal of tunes from “Brand New Man” with Luke Combs to “Believe” with Kane Brown, but also their impact on the current, anything-goes country landscape.

2. Ain't Nothing 'Bout You (with Brett Young)

3. My Next Broken Heart (with Jon Pardi)

5. Lost and Found (with Tyler Booth)

7. You're Gonna Miss Me When I'm Gone (with Ashley McBryde)

8. My Maria (with Thomas Rhett)

11. Mama Don't Get Dressed Up For Nothing (with LANCO)