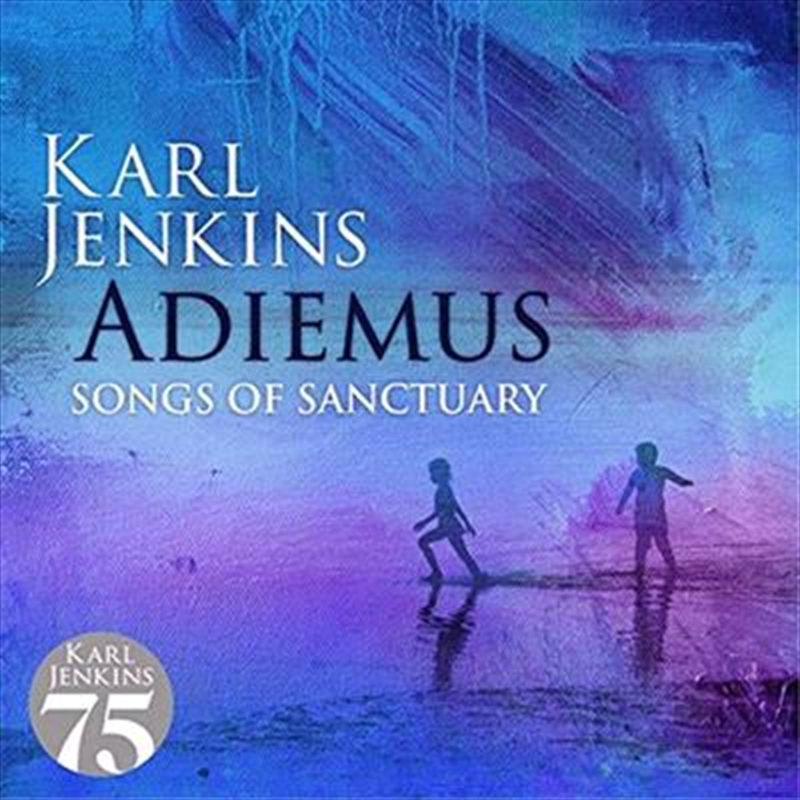 Sir Karl Jenkins, the most performed living composer, is celebrating his 75th birthday with a brand-new album and a host of reissues from his immensely popular catalogue – all now available on Decca Records.

Adiemus is largely the brainchild of former Soft Machine keyboardist Karl Jenkins, with participation from independent vocalist Miriam Stockley. Jenkins describes Songs of Sanctuary as "an extended choral-type work based on the European classical tradition, but where the vocal sound is more akin to 'ethnic' or 'world' music."

The music of Adiemus, Jenkins later explains, includes voices, but not lyrics: "The text was written phonetically with the words viewed as instrumental sound, the idea being to maximise the melisma (an expressive vocal phrase) by removing the distraction, if one can call it that, of words."

Ranging in mood from gently tribal to ecclesiastical, Adiemus succeeds in creating the impression of an enchanted global youth or female choir, yet one less forebodingly mysterious than any of the groups previously mentioned.

Over 20 years ago, Sir Karl changed the way classical music was perceived as Adiemus – Songs of Sanctuary broke the chart music rule books. It caused a huge stir as the album was not considered eligible for the classical charts, despite its huge popularity among classical fans – selling a million copies worldwide in its first year. The album went on to achieve 17 Gold and 2 Platinum discs.

Sir Karl Jenkins has been decorated with a considerable range of awards for his services to music, including an OBE, CBE, and a knighthood. There are over 250 performances per year of his work in more than 20 countries, and he has consistently been the highest placed living composer in Classic FM's Hall of Fame.