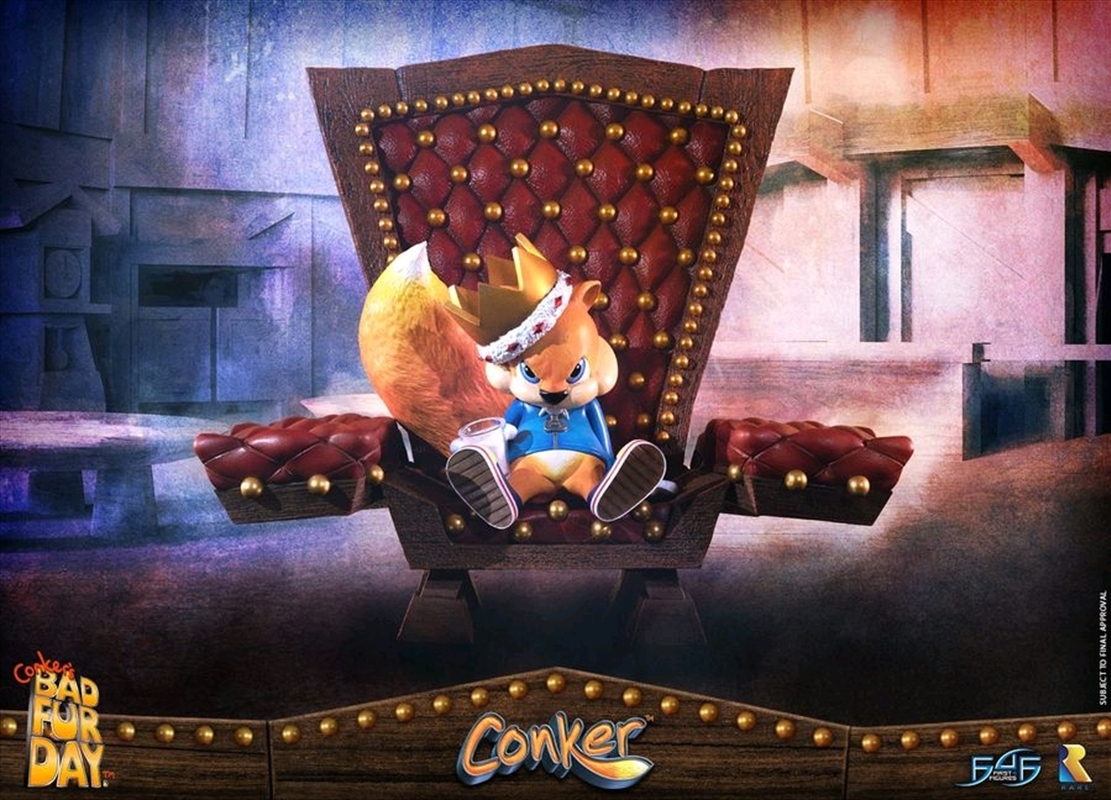 "Well, here I am. Conker the king, king of all the land! Who'd have thought that? "But how did I come to this?", I hear ya say. "And who are those strange fellows that surround my throne?", that you also say. Well, it's a long story. Come closer, and I'll tell ya. It all started yesterday, and what a day that was. It's what I call A Bad Fur Day." CONKER, Conker's Bad Fur Day

Growing up, as any normal parent would sermon, Conker the Squirrel was taught not to be greedy and to refrain from alcoholic beverages. In Conker's Bad Fur Day, however, that was obviously not the case. In the opening scene alone, everyone's beloved antiheroic red squirrel lies to his girlfriend, Berri, to go out drinking with his buddies, only to (end up/find himself) lost and hungover the day after. Despite his unsavory personality and behavior, Conker rarely swears and only does so out of despair or when parroting a pop culture reference.

His unexpected journey to the throne is a bizarre and rough one to say the least, but it is one worth witnessing to the very end.