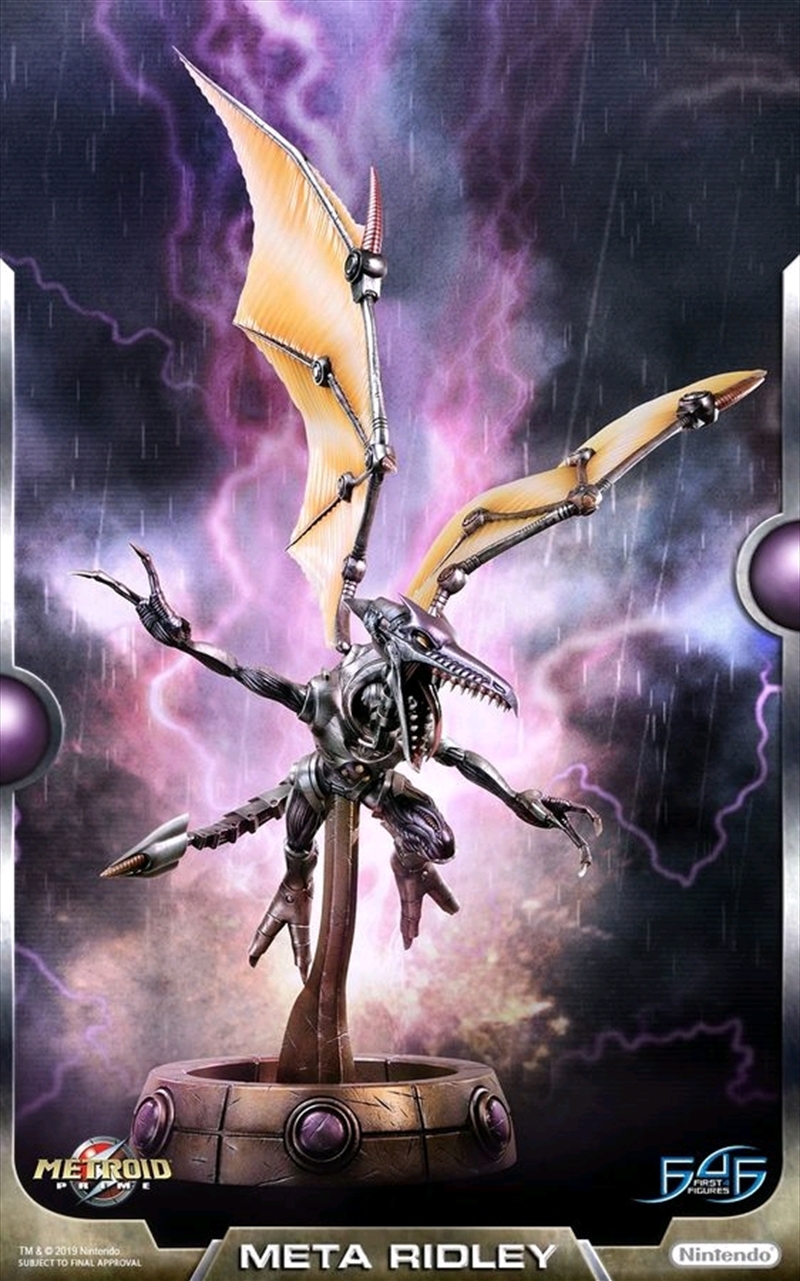 "The reconstruction of geoform 187, code-named Ridley, was recently completed. After his defeat on Zebes, Command ordered a number of metagenetic improvements for him. Though aggressive, we were able to implement these changes in a cycle. The metamorphosis was painful, but quite successful in the end. Early tests indicate a drastic increase in strength, mobility, and offensive capability. Cybernetic modules and armour plating have been added as well. We believe our creation, now called Meta Ridley, will become the mainstay of our security force, a job he will certainly relish." - Pirate Data Logbook Entry, Metroid Prime

Leaving Samus Aran alive as a child was a mistake that Ridley would soon regret for the rest of his days. The Space Pirate general would fall at the hands of his archnemesis, only to see the light of day once again as a cybernetically enhanced reincarnation.

After his revival through Pirate technology, there was only but one thing left to do: to seek revenge against that who has caused his demise. As he continues to carry out his duties, he would inevitably face the bounty hunter once again in a battle unlike any other. Now equipped with heavy armor plating and a gamut of lethal arsenals, including a Multi-Missile System, a Kinetic Breath Weapon, a Meson Bomb Launcher, and an Ultrathermal Flamestrike Projector, even the ever-skilled Samus Aran herself might be in for more than just a challenge against the mighty Meta Ridley incarnate.

This is the first statue in First 4 Figures’ Metroid Prime - Meta Ridley Resin Metroid Villains Statue line. The lowest numbers will be available to those who pre-order earliest, so don't delay if you wish to have the best chances of securing a low number!