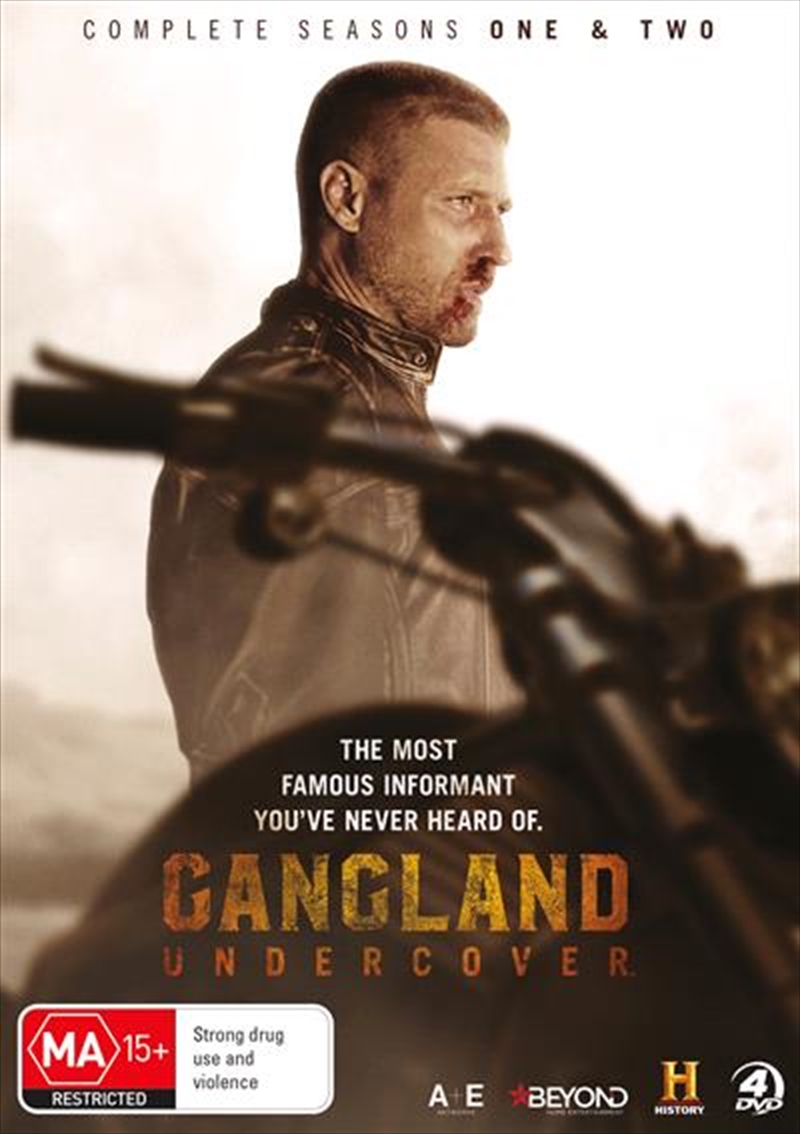 The only man brave enough to sneak into three outlaw biker gangs... and live to tell the tale, Charles Falco, author of Vagos, Mongols, and Outlaws, goes from convict to infiltrator as he secretly documents the Vagos illegal activities and ultimately brings them to justice. HISTORY brings Falcos story to life in this fact-based series that sees him work as an informant for the Feds on a covert mission inside the dangerous Vagos world of violence, murder, and drug trafficking. Having climbed the gangs ranks while facilitating 62 arrests, Charles Falco exposes how he crippled the criminal enterprise from the core of the biker underworld in this mind-blowing true story, GANGLAND UNDERCOVER: SEASON 1.
In Season 2 of GANGLAND UNDERCOVER, Charles Falco is living a strange new life as a man with no identity in an unfamiliar town in Virginia. Its now two years since his undercover infiltration of the Vagos biker gang forced him to disappear into witness protection. Hes desperately trying to piece together a new life, but fuelled by a restless unease and an inability to embrace his new world, he signs up for a new and more dangerous undercover operation that will put him on the front line of a violent war between several biker gangs. Before he knows it, hes in over his head, and plunged into a world darker and more dangerous than anything he bargained for.