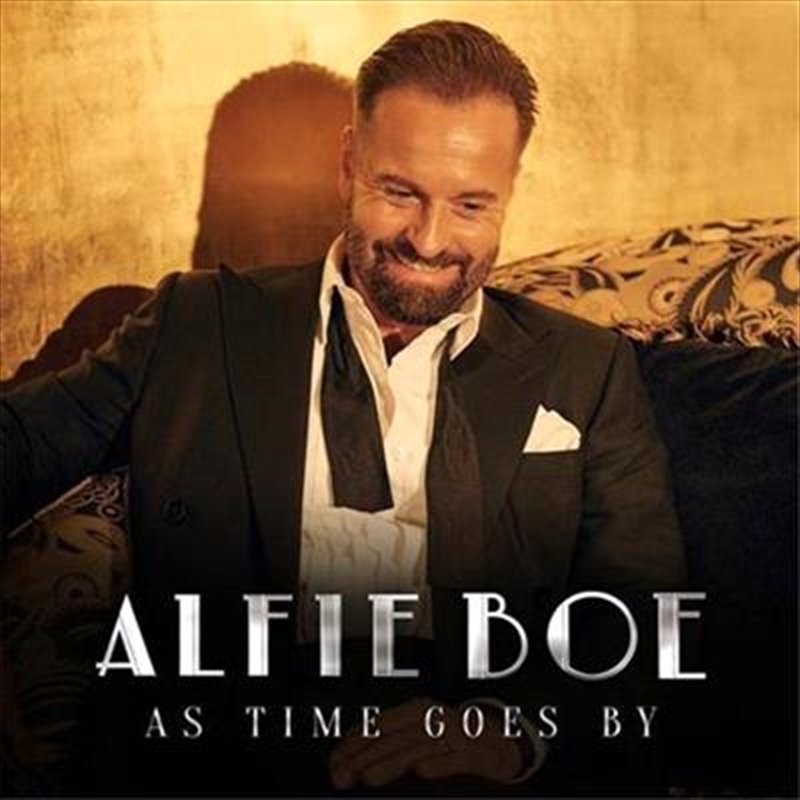 For the first time in four years, Alfie Boe returns to the solo spotlight with the release of his vibrant and instantly classic album As Time Goes By.

The record boasts Alfie's voice at its strongest, alongside a full band – led by Grammy award winner Gordon Goodwin and his Big Phat Band. Paying homage to the golden era of music from the 30s and 40s, Alfie imbues the record with passion and personal history.

Alfie had a specific sound in mind for his new album: "I kept saying to the players in the studio, 'Please don't play clean, please make it dirty.'" Instead of politely tipping his hat to the great songwriters and musicians of the past, he creates the excitement and visceral passion of a period, which saw the birth of modern pop music.

The album journeys through the defining songs of the era - from the full force of "Sing Sing Sing" - a song strongly identified with big band and swing, through to slower, smoother numbers "The Way You Look Tonight" and "As Time Goes By".

And on the Cab Calloway 1931 classic "Minnie the Moocher" – using an arrangement inspired by Bobby Darin's cover – there's a guest appearance from Frasier star Kelsey Grammer.

Title: As Time Goes By

Stompin at the Savoy (duet with Kara Tointon)

A Nightingale Sang in Berkeley Square (duet with Brennyn Lark)

The Way You Look Tonight

I Don't Stand a Ghost of a Chance