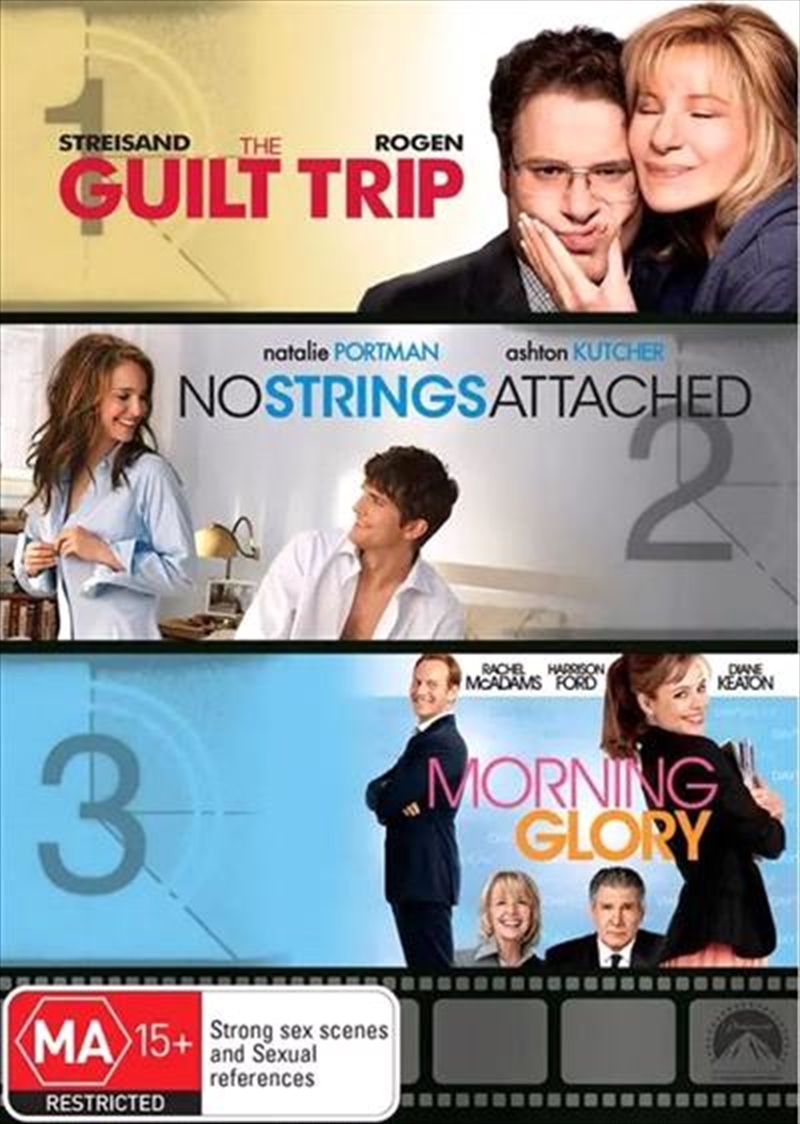 Collection of three comedy films. In The Guilt Trip (2012) overly neurotic inventor, Andy (Seth Rogen), invites his overbearing mother, Joyce (Barbra Streisand), along on a cross-country road trip in order to sell his latest invention and, unbeknown to her, to reunite Joyce with a former lover. As the pair embark on their journey, Andy finds himself growing increasingly agitated by his mothers behaviour, while getting ever closer to her at the same time. In No Strings Attached (2011), when long-time friends Emma (Natalie Portman) and Adam (Ashton Kutcher) decide to add a physical dimension to their relationship and move into friends with benefits territory, they agree to keep things strictly casual and on a no strings basis. But before long both of them find things becoming more complicated than planned as those pesky emotions get in the way. Finally, in Morning Glory (2010), a sparky, ambitious young television producer spies an opportunity to claw her way up the career ladder when she is offered a job on Daybreak, the worst-performing morning chat show in the ratings. Her decision to hire veteran newscaster Mike Pomeroy (Harrison Ford) to host the show meets with scepticism from network executive Jerry (Jeff Goldblum) and co-host Colleen Peck (Diane Keaton), and with little enthusiasm from Pomeroy himself, who is obliged by his contract to take this less-than-promising gig. Can Becky overcome the poor ratings and in-fighting to bring the team together and transform the show into something to be proud of?
DETAILS