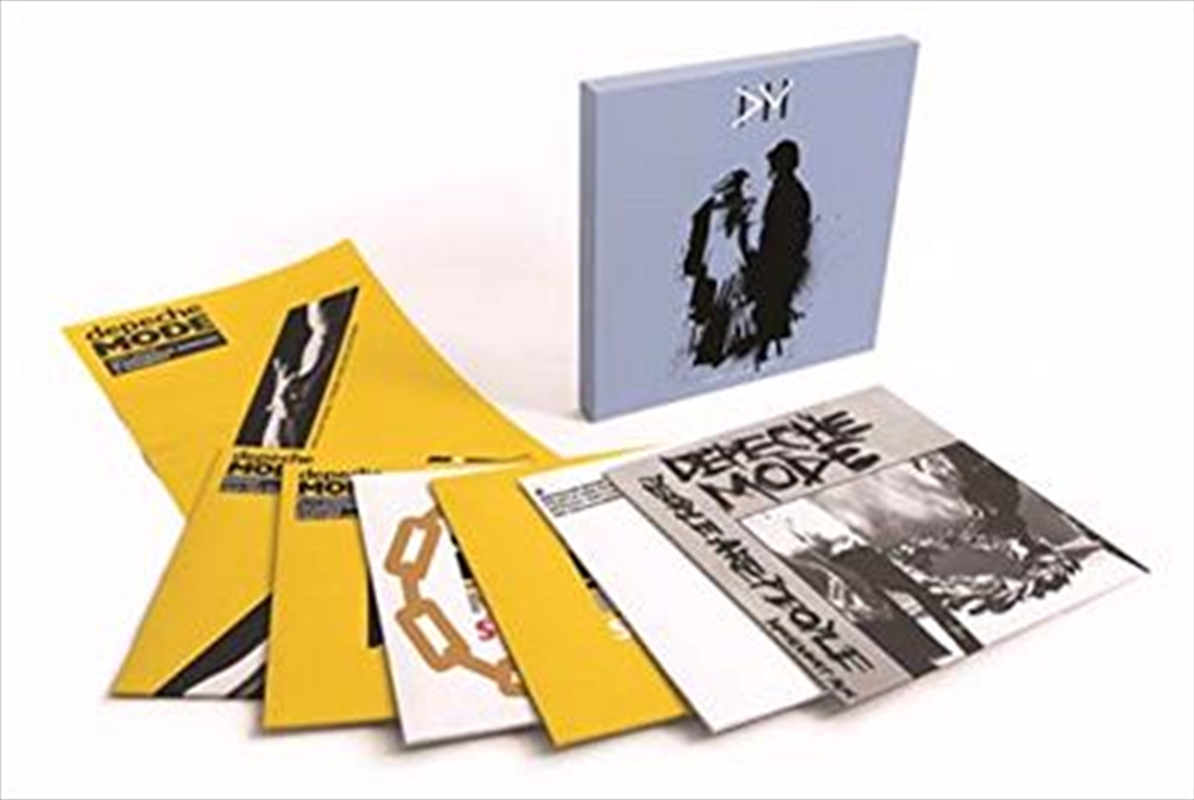 Along with Construction Time Again and Some Great Reward, Depeche Mode's commitment to the 12" single format as a distinct art form became even more evident.

Groundbreaking 12" single tracks like “People Are People” (from Some Great Reward) became staples in Depeche Mode's live shows; the new 12" singles box sets feature extended versions plus original 7" mixes of these songs. Some Great Reward | The 12" Singles includes a new version of the 7" “Blasphemous Rumours” EP, available on 12" vinyl for the first time ever.

Depeche Mode embraced the power of 12" vinyl and the avenues of innovation it opened up. The 12" single allowed the band to explore new sonic possibilities while the physical beauty of the packaging gave Depeche Mode room to develop a sophisticated and commanding visual aesthetic. Depeche Mode used their singles discography as a means of offering left field remixes and other delights for their fans.

Each box set in the series will contain the singles from each Depeche Mode album on audiophile-quality 12" vinyl, with audio mastered from the original tapes at the legendary Abbey Road Studios. The artwork for the exterior of each of the new box sets draws on street art iconography inspired by the original releases, while the vinyl sleeves themselves feature the original single artwork.

A People Are People (Different Mix)

B In Your Memory (Slik Mix)

A People Are People (On-U Sound Remix By Adrian Sherwood)

B People Are People (Original 7'' Version)

B In Your Memory (Original 7'' Version)

B (Set Me Free) Remotivate Me (Release Mix)

B Master And Servant (Voxless)

B Are People People? (Re-Remixed By Adrian Sherwood)

B Everything Counts (Live)

A Everything Counts (Live)

AA Told You So (Live)