Show Me Some Passion 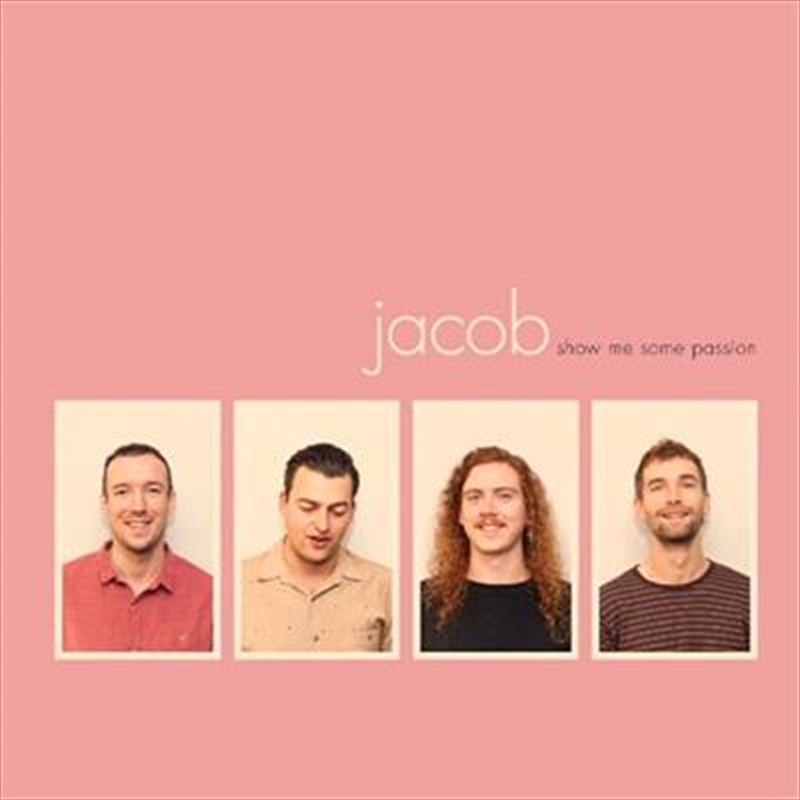 Show Me Some Passion

Jacob Show Me Some Passion CD

It's been an eventful five years since Jacob first started playing shows.

The emo revivalists have undergone several line-up changes, and have played up and down the east coast with an impressive cast of national and international bands: Against Me!, Luca Brasi, Tigers Jaw, Hockey Dad, The Hotelier, Tired Lion and Manchester Orchestra, to name but a few.

Despite being split between the two steel cities of New South Wales - Wollongong and Newcastle - the current incarnation of Jacob is tighter than ever before. With bassist Ruari Burns taking lead vocals for the first time, they look to redefine and reintroduce themselves with Show Me Some Passion: a catchy, energetic album filled genuine emotion and lyrics so romantic you'd swear they were singing the song just for you.

Recorded at Newcastle's Woodriver Studios, the album was produced by Aaron Dobos (Ceres, The Avalanches, Britney Spears) and recorded by Joe Andersons, who worked with the band on their self-titled 2016 debut. The album also features the "oh so sweet" harmonies of Canberra band Moaning Lisa, as well as horns from local ska enthusiast Geoff Reid.

Title: Show Me Some Passion

9. How I Get Sometimes