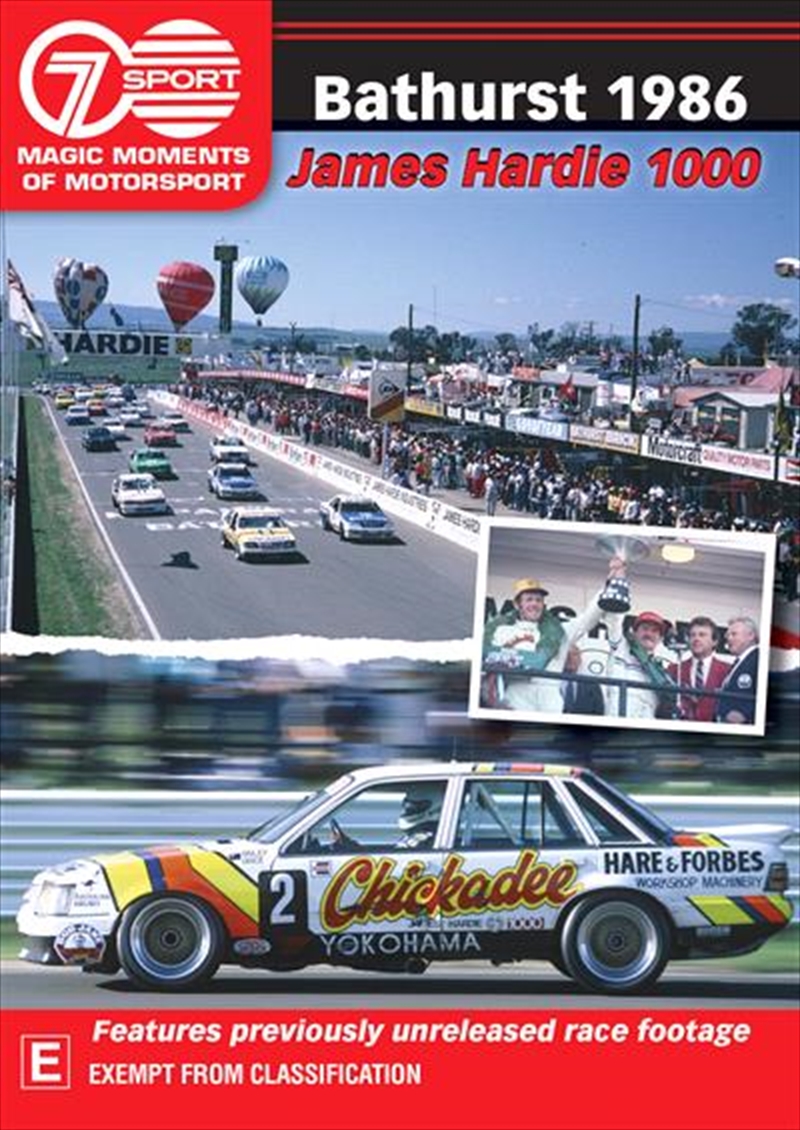 THE 1986 James Hardie 1000 at Mount Panorama, Bathurst was a race that saw perennial contender Allan Grice finally achieve a long-held goal of winning Australia's Great Race as he paired with privateer Commodore driver/owner Graeme Bailey to claim victory.For the very first time, the full Seven Sport telecast of the 86 race has been released here as part of the popular Seven Sports Magic Moments of Motorsport DVD series.Included on this release is the full race day telecast, including the pre-race festivities, a Nissan Pulsar support race and then the main course, the 163-lap Mountain classic. This release also includes a range of unseen vision too. We have included on this DVD the race action that unfolded while television viewers of the day were busy watching commercials!Commentary for the 1986 Bathurst race includes the familiar voices of Mike Raymond, Neil Crompton, Garry Wilkinson, British experts Neville and Richard Hay and Pat Welsh.This DVD is a must-have for your collection of Seven Sport Magic Moments of Motorsport titles, celebrating a brilliant era of racing at Bathurst.