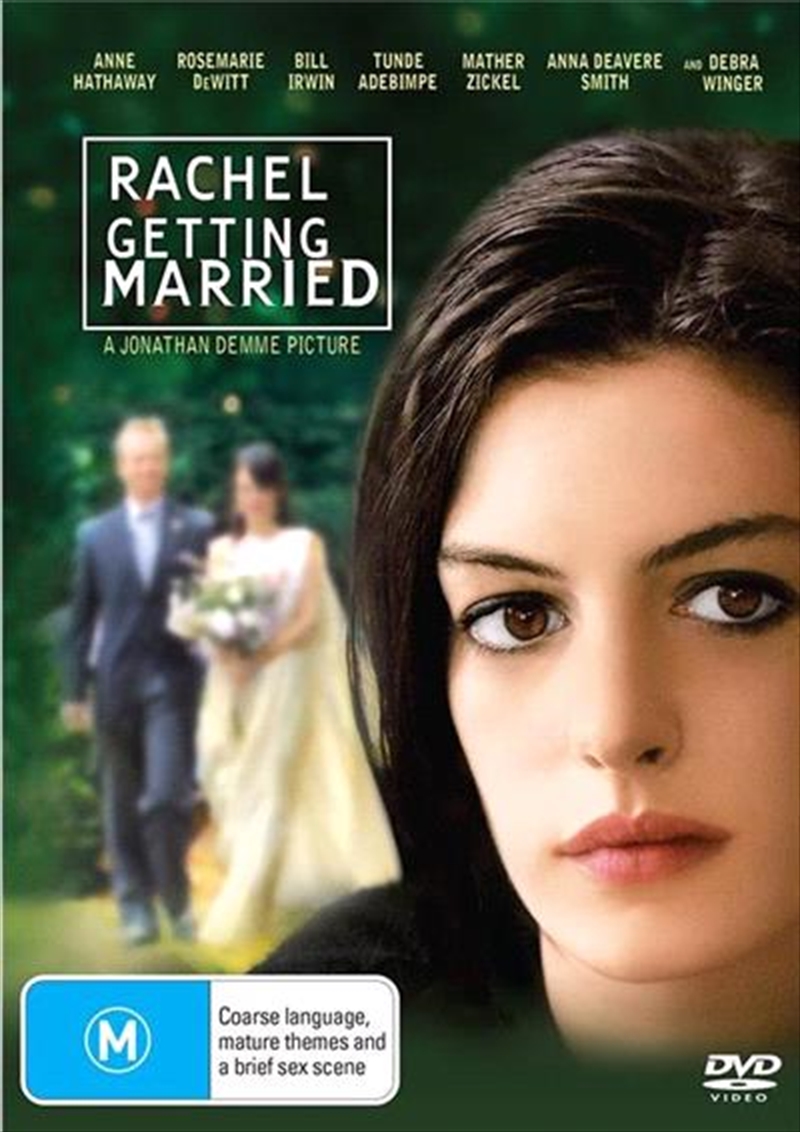 DESCRIPTION
A story about all the drama.

When Kym (Anne Hathaway) returns to the Buchman family home for the wedding of her sister Rachel (Rosemarie Dewitt), she brings a long history of personal crisis, family conflict and tragedy along with her. The wedding couple's abundant party of friends and relations have gathered for a joyful weekend of feasting, music and love, but Kymwith her biting one-liners and flair for bombshell dramais a catalyst for long-simmering tensions in the family dynamic. Filled with the rich and eclectic characters that remain a hallmark of Jonathan Demme's films, Rachel Getting Married paints a heartfelt, perceptive and sometimes hilarious family portrait. Director Demme, first-time writer Jenny Lumet, and the stellar acting ensemble leaven the drama of these difficult but compelling people with wry affection and generosity of spirit. Directed by Jonathan Demme (The Manchurian Candidate, Philadelphia, The Silence of the Lambs).
TRAILER
DETAILS