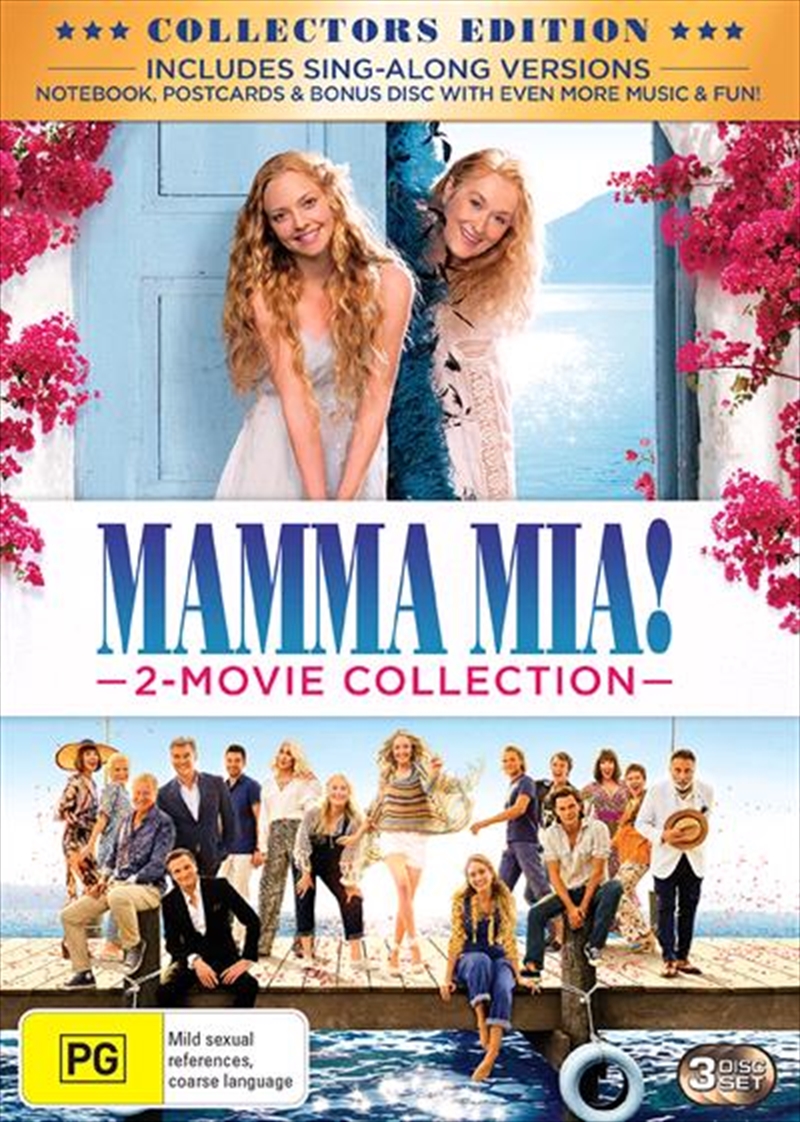 Mamma Mia!
Sophie has just one wish to make her wedding perfect: to have her father walk her down the aisle. Now she just has to find out who he is... Join the music, laughter ad fun of the irresistibly charming Mamma Mia! The Movie. Academy Award winner Meryl Streep leads an all-star cast, including Pierce Brosnan and Colin Firth - as well as up-and-comers Amanda Seyfried and Dominic Cooper, in this musical celebration of mothers, daughters and fathers, and true loves lost and new ones found. Based on the Broadway smash-hit and filled with the ABBA songs you know and love, it's the feel-good experience that will have you singing and dancing over and over again.

Bonus Features:
-Feature commentary with director Phyllida Lloyd
-Cameo of Bjorn Ulvaeus
-The making of Mamma Mia!
-Music video: Gimme! Gimme! Gimme!
-Deleted musical number: The name of the game.
-Deleted scenes
-Becoming a singer feature
-Anatomy of a musical number
-Out-takes
-Inside the look of the movie
-Sing-a-long
-And much more!

Mamma Mia! Here We Go Again
Join the celebration, sing and dance, and discover how it all began! Ten years after Mamma Mia! The Movie premiered, you're invited back to the magical Greek island of Kalokairi in an all-new musical sequel based on the songs of ABBA. Sophie (Amanda Seyfried) is now pregnant, and like her mother Donna (Meryl Streep), she'll need to take risks. The film's original cast returns, with new additions including Lily James as a young Donna, Andy Garcia and Oscar winner Cher.