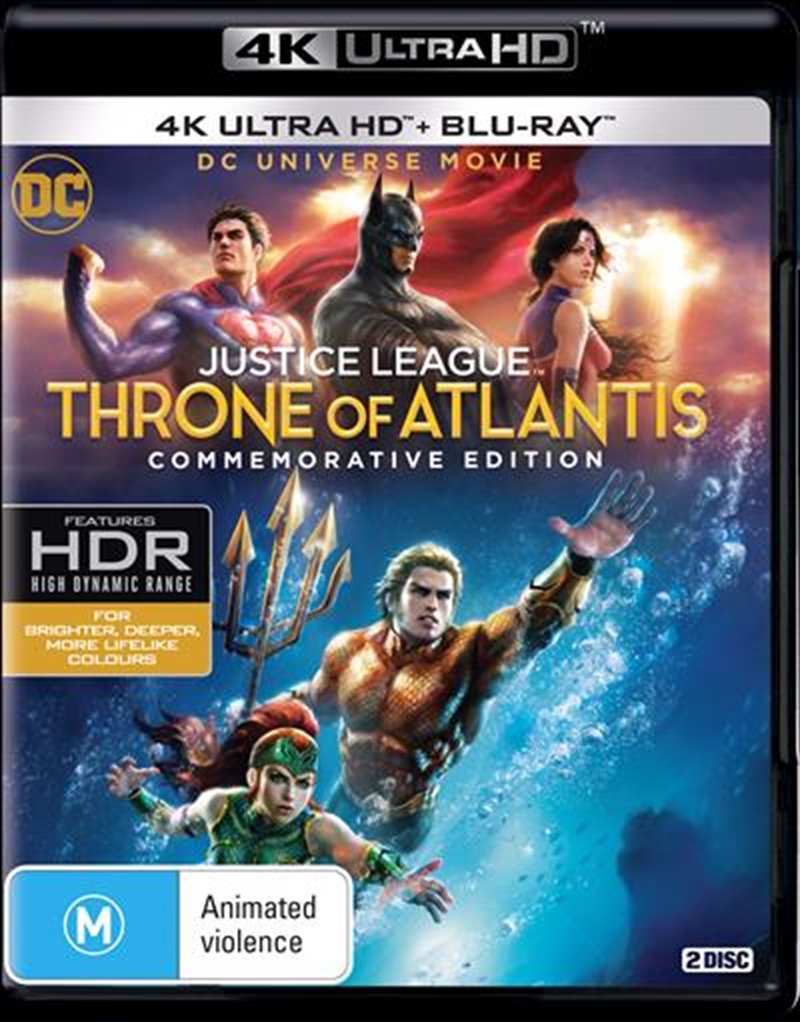 SEE MORE IN:
4K UHD Justice League 2 for $30 4K UHD Cant Seem To Stream
DESCRIPTION
This thrilling animated sequel to Justice League: War dives deep into the fascinating origins of one of the Justice League's most enigmatic heroes: Aquaman. Young Arthur Curry has no idea that he is heir to the throne of the kingdom of Atlantis. Right now, he's a lost and confused outsider just trying to cope with the death of his human father. When he learns of his true aquatic heritage, Arthur has some tough choices to make. But he doesn't have long to find his path in life: the Atlanteans are about to escalate a war with the surface world -- and only by joining with the mighty Justice League can Arthur help avert global disaster and finally embrace his destiny as Aquaman.
TRAILER
DETAILS