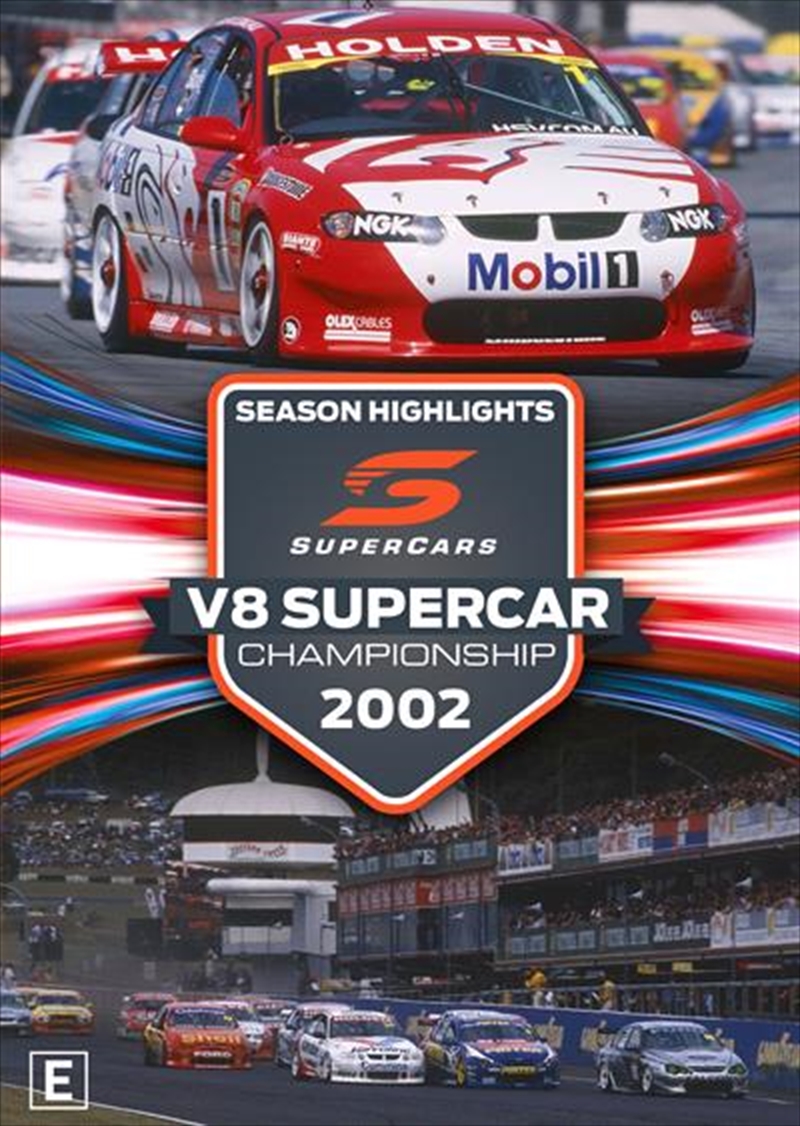 Shipping - See delivery options.
Postcode:
Quantity:
SEE MORE IN:
Shocking Clearance Movies & TV Clearance $5 Movies & TV Shows
With some of the closest and hardest-fought racing in the world, and some of the years biggest crashes, the 2002 V8 Supercar Championship Series was another vintage season of Australian touring car racing. Holdens Mark Skaife put in a record-breaking performance to take his fifth championship crown and fourth Bathurst win.This four-hour video presentation captures all the action of the V8 Supercar Championship Series, the classic Holden-vs-Ford V8 Supercar battles and all the thrills and spills from what many say is now the best touring car series in the world.