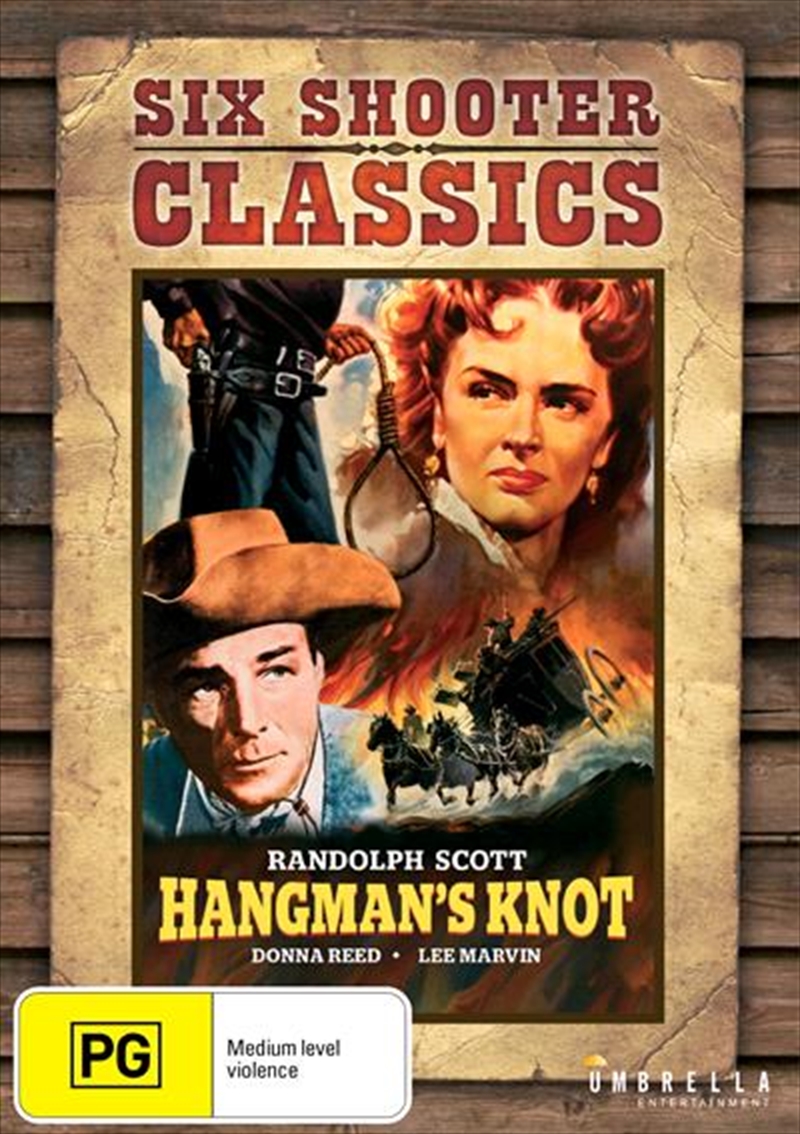 At the end of the Civil War, a small band of Confederate soldiers ambush a Union gold shipment. To their horror, they learn from a dying soldier that the war between the North and the South has been over for a month. Now facing certain criminal prosecution for acts committed while they thought the war was on, the troop seeks refuge in a stagecoach way station. A feisty ex-Union army nurse (Donna Reed, It's a Wonderful Life) and three others are held captive while the men plot their next move. The troops' leader(Randolph Scott, The Tall T) wants to return the gold in exchange for amnesty, but the blood-thirsty bounty hunters are closing in, having every intention of taking the loot and hanging the soldiers.
DETAILS