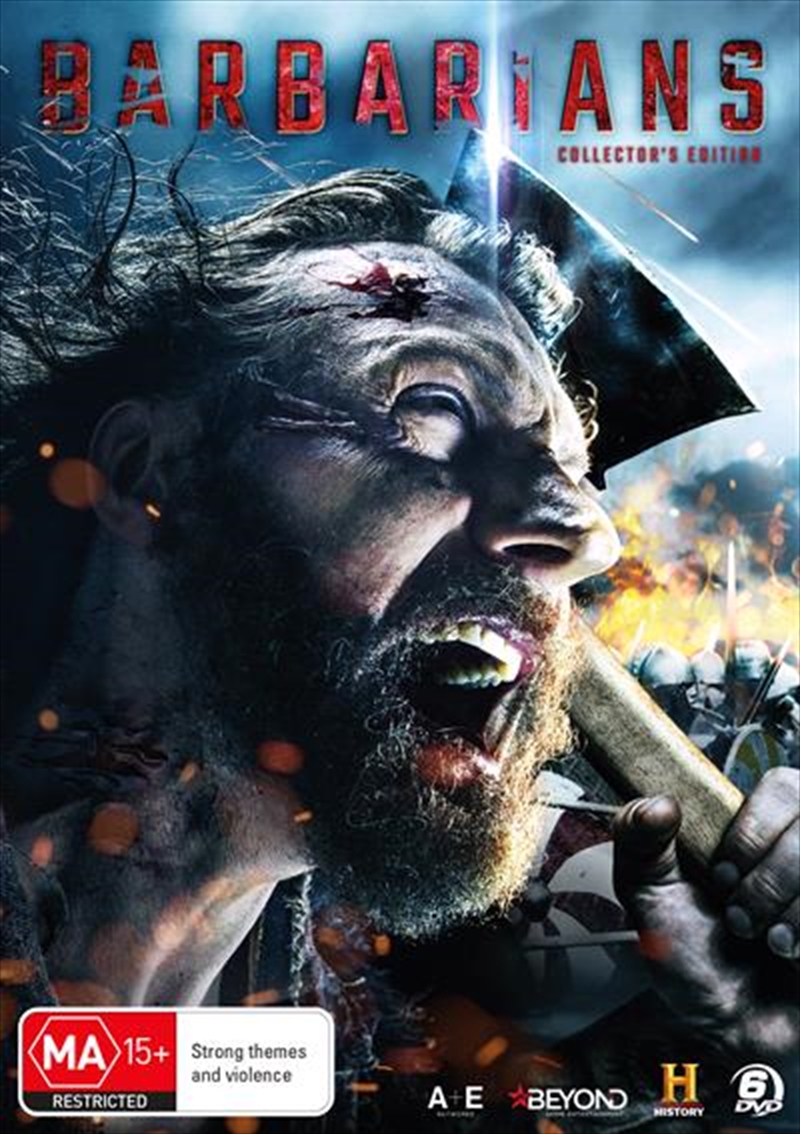 Shipping - See delivery options.
Postcode:
Quantity:
SEE MORE IN:
Documentaries Up To 50% Off Boxsets Shocking Clearance Movies & TV Clearance Boxset Clearance
Known as history's fiercest and most lethal warriors, the Barbarians lived on the fringes of civilisation, fighting for their freedom against oppressive powers. Known as brutes, savages and uncultured thugs, these warriors demonstrated elite military planning and tactics that proved them to be a worthy opponent on the battlefield. From the Vikings to the Mongols and everything in between, experience the stories of these warriors as they fight for their independence from the world's first military dictatorships.