A Redder Shade Of Rust 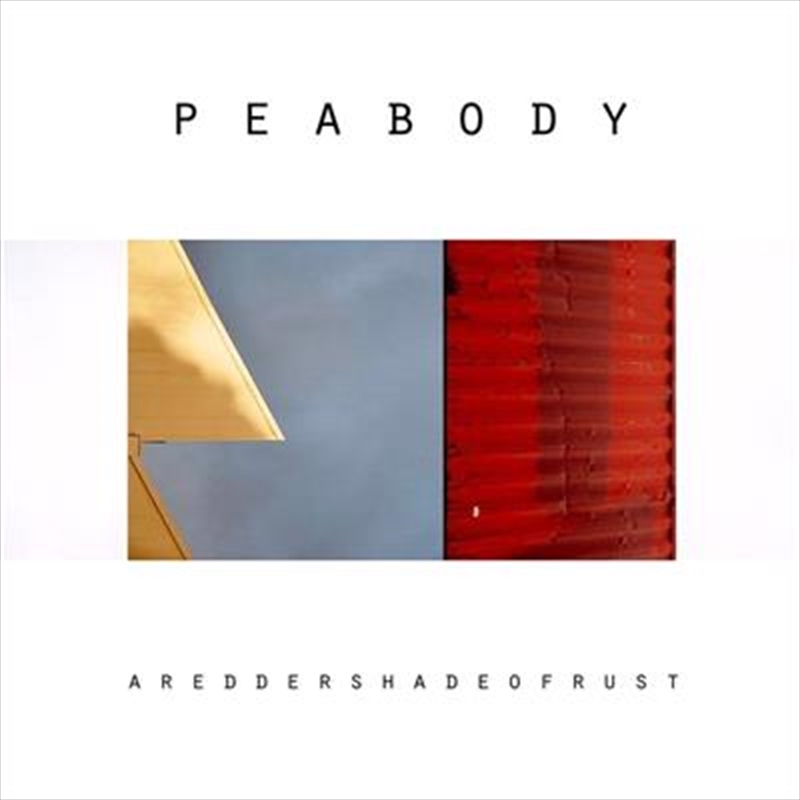 A Redder Shade Of Rust

Here’s a list of reasons why bands break up:
•    They don’t get famous
•    They start hemorrhaging money
•    They start hating each other
•    Artistic directions take them on differing paths
•    A band member is having kids like they’re starting their own cult

Twenty-four years and counting, Sydney’s brave soldiers of indie-noise-guitar pop, post-punk and rocknroll are still pretending at least two of those things from that list haven’t already happened. In a world where numbers – downloads, streams, units sold, followers, likes - are king, Peabody is still treating creative output as if it’s the main game. Idiots!

Ben Chamie and Bruno Brayovic have now been in this band for more years than they haven’t, and they’re starting to treat it like a science experiment. Remember that Seinfeld episode where Kramer and that other guy are out on the freeway, and as the petrol gauge winds down they get a perverse thrill from just keeping on driving as the needle hits the red? Yeah, think about it.

‘A Redder Shade Of Rust’ is Peabody’s fifth studio album and the first since 2010’s ‘Loose Manifesto’. It also might just be the band’s most cohesive album yet. Recorded in a brand new school hall with Tim Kevin at the helm of knobs and Jamie Hutchings back in the producer’s chair (as he was for the first three albums), this album is ten tracks of pure indie-rock-pop joy and beauty.

Listen to the heavy rhythms of album opener, ‘You’re with Me’ and you can hear the open space of the large, taxpayer-funded wooden hall. Likewise in the droney ‘Perfectly Fine’ and the ad-lib-esque roaming of ‘Sometimes’. When Kevin loudly declares, “rolling!” from the other side of the hall, at the start of some of the tracks, you know you’re in a big room. And there really was tape rolling in that machine, too!

Lyrically, Chamie’s youth and a good dose of nostalgia are sprinkled right throughout the album, with tunes about old cars (‘Gemini’), old friends (‘Julie’) and old neighbourhoods (‘You’re With Me’) all taking you on a little tour of the ‘burbs of Sydney, if not the museum of Chamie’s funny little mind. The only Brayovic-penned number (‘Too Many Days’) also deals with some long-gone days and the joys of wasting away your twenties…. and thirties.

After four albums that have entrenched themselves into Sydney and Australia’s independent music lore, this is a band that will keep adding to its canon for as long as its members are still shuffling along with a semblance of a pulse. A band whose dedication to great albums and great live shows won’t slow down, even if the frequency of that output does. ‘A Redder Shade Of Rust’ as an album is a bona fide keeper. Save yourself some time and trouble and press repeat after you press play.

Title: A Redder Shade Of Rust

8. All The Bad Girls