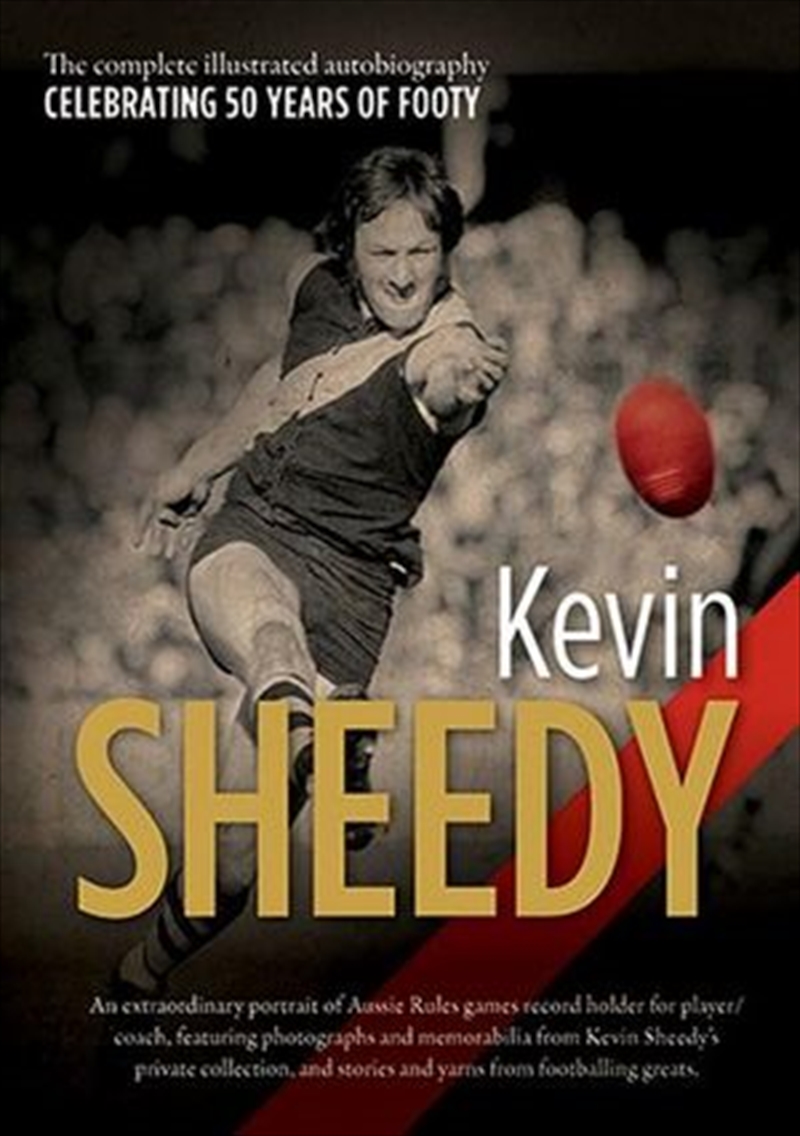 Shipping - See delivery options.
Postcode:
Quantity:
SEE MORE IN:
Biographies
DESCRIPTION
Kevin Sheedy is one of the most colourful characters in Australian sport; a player, coach and innovator admired as much for his passion and spirit as his exploits on the field.From his debut for Richmond 50 years ago, through nearly three decades as coach of Essendon and becoming foundation coach of emerging powerhouse Greater Western Sydney, 'Sheeds' has constantly worked to move Aussie Rules forward. As a coach and player he racked up seven premierships and an all-time games record, but off-field he has also been the game's greatest ambassador, driving Indigenous participation and putting the fans first as the dynamo behind Dreamtime at the 'G and the Anzac Day clash.Now, for the first time, Sheeds and more than 20 luminaries from Australian sport look back on a remarkable half-century, with photographs and stories from their private collections.Featuring contributions from a who's who of AFL and beyond including Ron Barassi, James Hird, Dennis Lillee, Gavin Wanganeen, Dean Rioli, Israel Folau, Callan Ward, David Parkin, Greg Chappell, the late Harry Beitzel and many more.
DETAILS