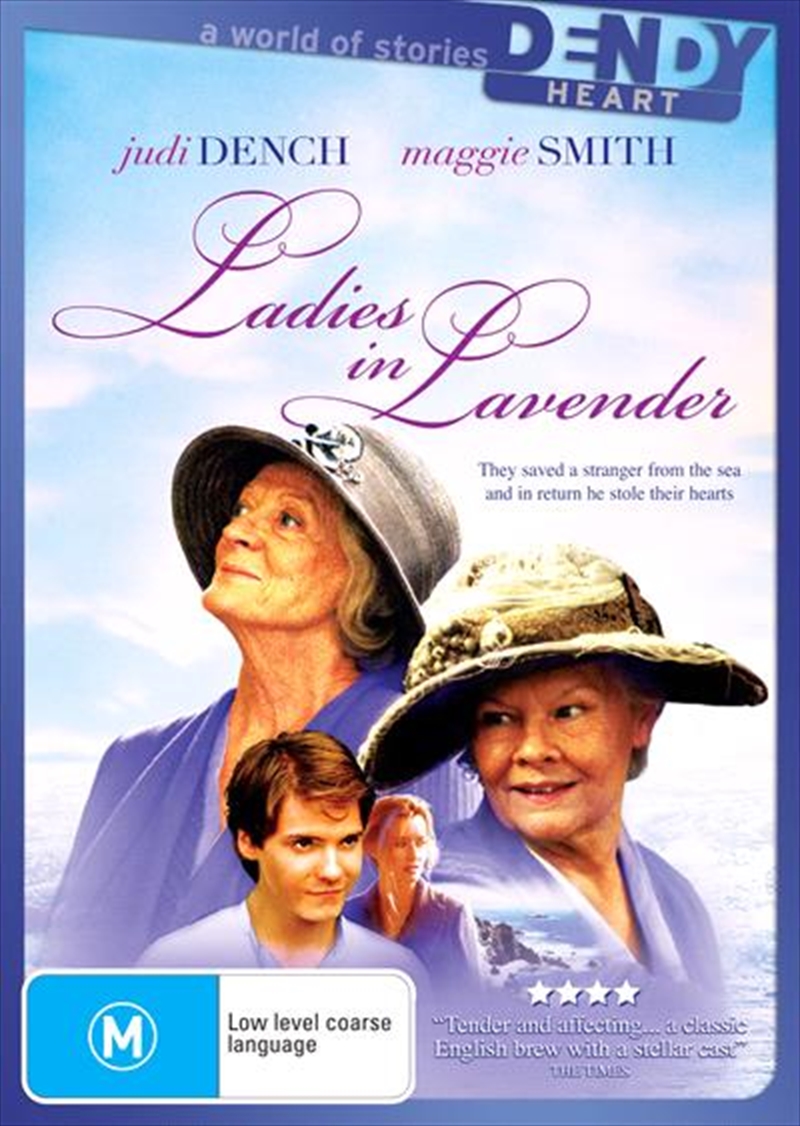 The story of two sisters who saved a stranger, and the stranger who stole their hearts.

Two aging spinster sisters have their peaceable Cornwall existence disrupted in 1936 when they take a young Polish violinist into their care. After a particularly violent storm, Ursula and Janet Widington awake to find young man Andrea half-drowned and badly injured on the beach. They slowly discover that he is Polish with a gift for music as an accomplished violinist, hoping to find his way to America. But the village isn't used to visitors and everyone, with the exception of the sisters, is full of suspicions, especially when Andrea develops a friendship with a beautiful Russian woman vacationing nearby. Eventually, the two must make a choice between trying to keep their new charge for themselves or setting him free in the world.
TRAILER
DETAILS