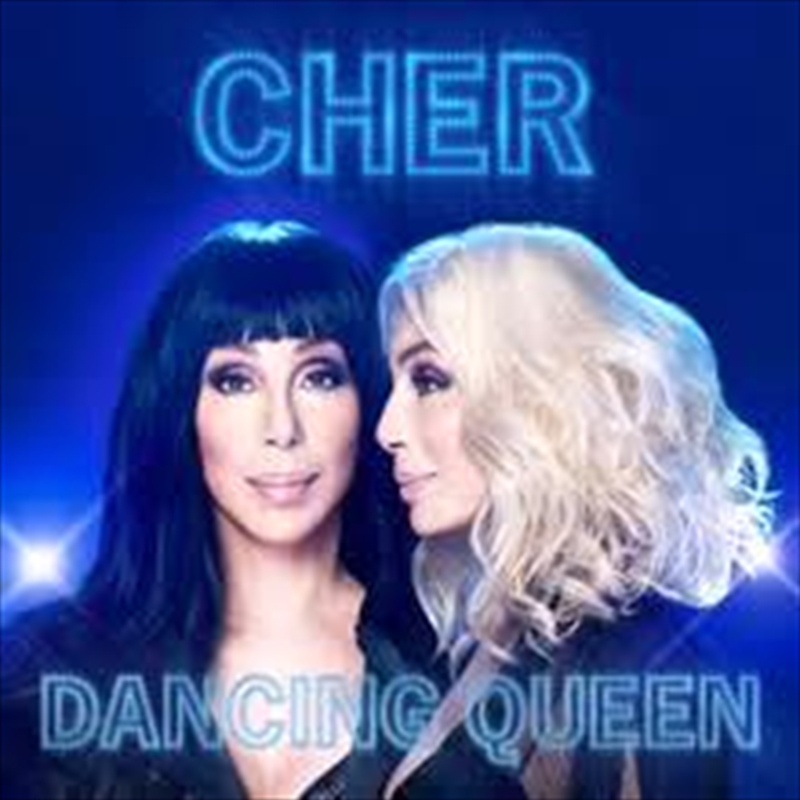 SEE THAT GIRL… WATCH THAT GIRL…SHE’S THE DANCING QUEEN

The one and only Cher releasing Dancing Queen, a new album of all Abba hits.

Cher: "I've always liked Abba and saw the original Mamma Mia musical on Broadway three times. After filming Mamma Mia! Here We Go Again, I was reminded again of what great and timeless songs they wrote and started thinking 'why not do an album of their music?' The songs were harder to sing than I imagined but I'm so happy with how the music came out. I'm really excited for people to hear it. It's a perfect time.”

Dancing Queen was recorded and produced in London and Los Angeles with Cher’s longtime collaborator Mark Taylor, who previously produced Cher's global smash “Believe” which was number one in over 50 countries.

Review of Cher - Dancing Queen To by Thomas Bleach

The 80’s seemed like a great time to be alive for so many reasons. From the cheesy movies, to the iconic fashion to even the harmonic sense of freedom. But the biggest reason would have to be the music. There’s no denying that the 80’s had some of the best pop music of all time and it seems quite sad to me that no one is really making music like that anymore. One of these bands who injected pure bliss into your life between the 70’s and 90’s was ABBA and they really set the tone for the disco injected euphoria of the 80’s. Celebrating the recent release of Mamma Mia: Here We Go Again and her brief cameo, Cher has released a collection of her favourite ABBA classics that will have you dancing, singing and swaying like your back in the heat of that era. She covers all bases from the stock standard ‘Dancing Queen’ and ‘Mamma Mia’ to the ridiculously catchy ‘Waterloo’ and ‘Gimme Gimme Gimme’. But these songs have been reimagined with her classic Cher raspy vocals that give these classics a raw and new perspective. It’s the euphoric ‘SOS’ that instantly stands out as one of the boldest moments whilst ‘Fernando’, ‘The Winner Takes It All’ and ‘The Name Of The Game’ slows things down slightly and hears her refinding her element. Whilst this is a covers album she does make these songs her own and creates a fun and nostalgic listening experience.
See more from Thomas on his website
DETAILS

9. The Winner Takes It All