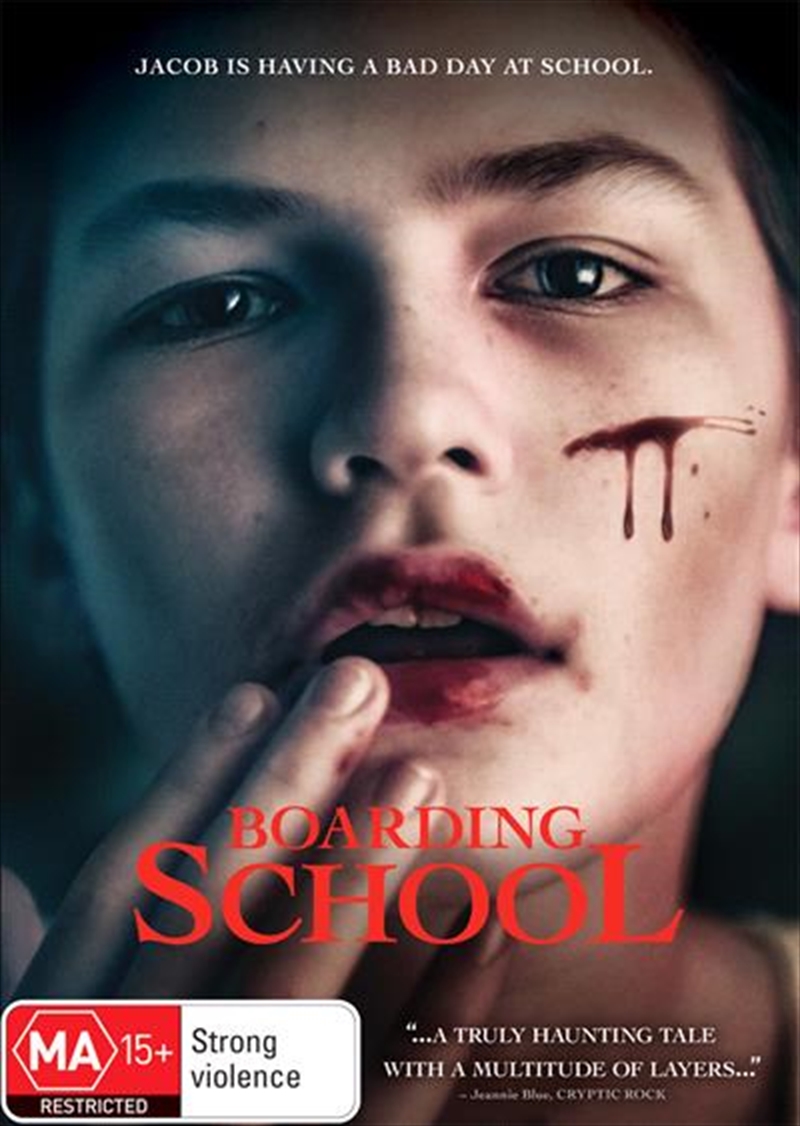 Want to click and collect? Check store availability
DESCRIPTION
From audacious filmmaker Boaz Yakin, comes a horrifying fable about an ominous school where undesirable children are committed. When twelve-year-old Jacob Felson's stepfather catches him dressing in his grandmother's clothing, Jacob is sent away to a mysterious boarding school run by a peculiar couple, Dr. Sherman (Will Pat ton) and his dominating wife (Samantha Mathis) . The school is attended by six other students, all with physical and mental disabilities. When one of the students is found dead after hanging himself, Jacob begins to suspect something much more sinister is going on. He soon discovers that the Sherman's are not who they say they are, and the lives of the students depend on escaping from this twisted boarding school from hell.
TRAILER
DETAILS