My Way - An Impossible Dream 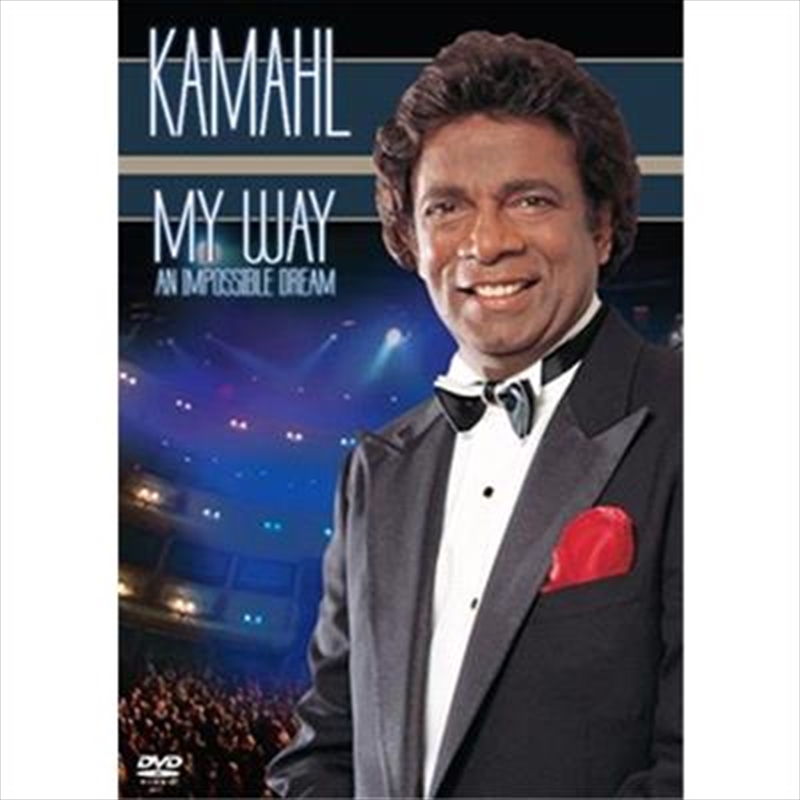 My Way - An Impossible Dream

'Kamahl: My Way' is a nostalgic collection of concert and TV performances by Kamahl, one of the most loved and successful international recording artists.

Special highlights on this DVD include the 1969 appearance on Bandstand, the 1982 Commonwealth Games Royal Command Performance, The Bob Hope Special, The Wiggles, The Big Day Out in 2006 and never-before-seen footage!

The biography reveals Kamahl's own "Impossible Dream" - from being perilously close to deportation in 1958 to singing for Her Majesty Queen Elizabeth II, 24 years later - in which Kamahl shares some of his favourite performances, memorable occasions and meetings with. Presidents, Prime Ministers, icons and celebrities from a career spanning over four decades.

Kamahl is a much loved music icon. One of the finest classical, crossover and musical theatre voices of all time. A prolific recording artist and on this compilation fans will enjoy some of the finest recordings of his career.

One of the great male voices of the 20th century!

Title: My Way - An Impossible Dream

4. Before You There Was Nothing

7. The Wind Beneath My Wings

10. Are You Lonesome Tonight?

12. What Would I Do Without My Music