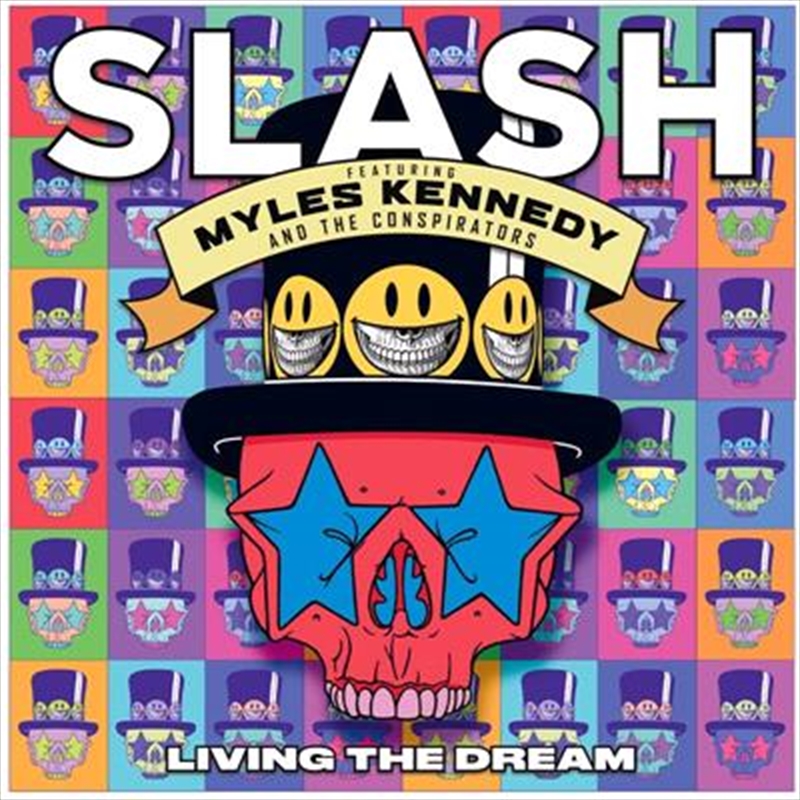 For Living The Dream,  Slash and his band re-teamed with producer Michael “Elvis” Baskette (Alter Bridge, Iggy Pop, Incubus); the group are currently putting the finishing touches on the powerful 12 song collection.

Both albums debuted in the Top Ten on 12 charts globally, spawned three #1 hit singles at U.S. Rock Radio and earned worldwide praise garnering Slash some of the best critical acclaim of his career. World On Fire  and was tagged by Guitar World as “another bold and unapologetically riffy statement” and “a varied, immersive and incredibly hard rocking effort” (December 2014).

Rolling Stone described Apocalyptic Love--the band’s debut album--as “filled with head bangers and plenty of fancy fretwork” and Revolver declared it “a collection of lean, high-octane rock-and-roll tunes built to be blasted out of open-top sports cars, or more suitably, open-air stadiums” (May 2012).

5) Lost Inside the Girl

6) Read Between the Lines

8) The One You Loved Is Gone