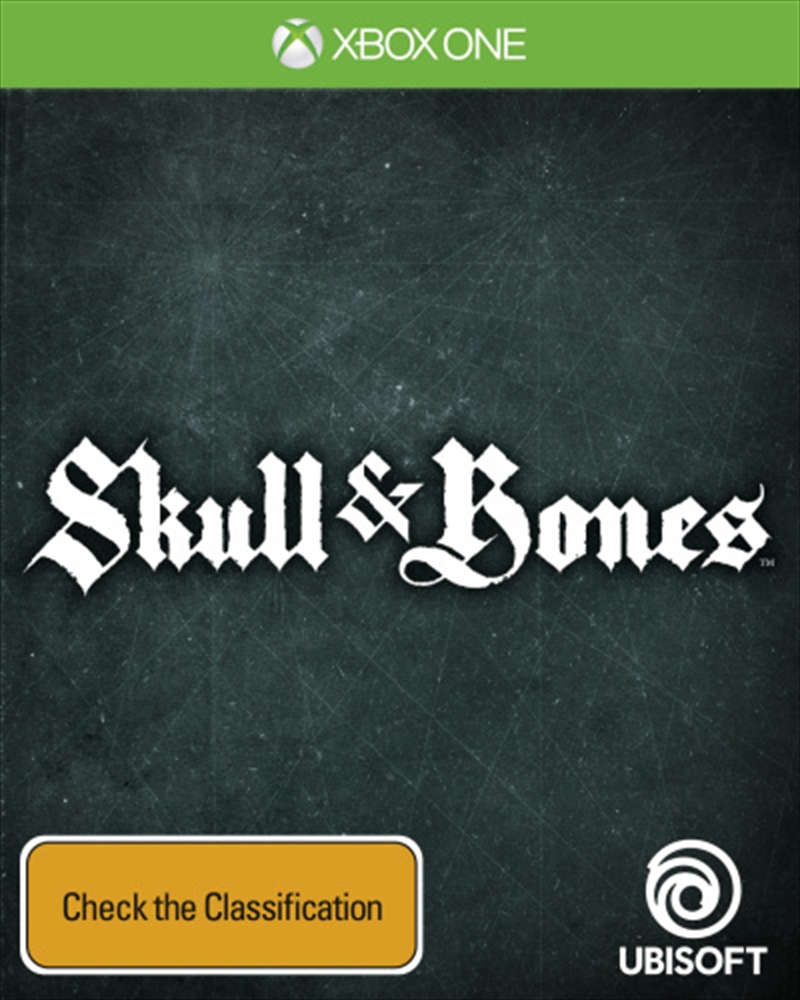 SEE MORE IN:
All XBox
DESCRIPTION
Skull and Bones

FROM UPSTART PIRATE CAPTAIN TO LEADER OF YOUR GANG

Choose your own pirate captain and grow into the fierce legend that you have always wanted to be. Select your pirate ship class based on your preferred playstyle, evolving it with a rich RPG system. From the safe harbors of your hideout, recruit your crew, customize the ship of your dreams and pick up on the latest rumors before you set sail to leave your mark onto the world. With each successful heist as your wealth and reputation increases, the world and other players react to challenge your ascension. Sailing alone becomes a dangerous gamble. Your long-term survival depends on your ability to form the most powerful pirate gang in the Indian Ocean.

Experience unparalleled naval gameplay delivered by the studio who pioneered and designed naval combat in the Assassin's Creed franchise. Live the thrills, brutality, and intensity of naval combat as you fight for domination of the seas. Harness the innovative wind system in order to navigate more quickly, shoot further, hit harder, escape deadly blows, and position yourself to decimate your victims. Stalk your enemies and use your spyglass to identify weaknesses. Rally your gang and hunt as you collaborate to overpower large merchant ships and outsmart powerful rivals. Approach combat your way with a wide number of tactical options at your disposal.

Explore a shared open-ocean, a dynamic ecosystem that reacts to your actions and challenges your ascension. Choose your path: engage in combat solo or team up with other players to take down vicious predatory factions and well-defended convoys. The rewards is then yours to share... or to steal if you are willing to face the consequences of betrayal and become a target to other players. There are even rumors of horrifying dangers lurking beneath the surface...

Treacherous disputed waters separate the unique regions of the Indian Ocean, where pirate gangs compete for riches in explosive naval battles. Confront rival players in competitive 5v5 matches and experience the ultimate pirate fantasy in a variety of game modes while you plunder the most valuable loot from the Indian Ocean's richest trade routes and grow your influence.

Fighting your way to the top will attract greater challenges for you and your gang. As the world evolves, season after season, Skull & bones will continuously test the heights of your skill, the depths of your greed and the resolve of your alliances. Vast new regions to explore, powerful ships, devastating weapons and daring enemies, along with greater rewards will tempt you from across the four corners of the Indian Ocean. Every victory will bring you closer to glory... and raise the price on your head.


It is the Golden Age of Piracy. A time when renegade captains command the most powerful weapons on Earth, warships. You are an insatiable, upstart pirate captain who refused the King's pardon. Having nothing to lose, you sailed from the Caribbean to the Indian Ocean, an exotic and untamed frontier full of lavish riches.

However, these rich and idyllic waters are also a battleground where far-reaching colonial empires, powerful trading corporations, and ruthless pirate gangs are fiercely competing for their share of these valuable treasures.

During your journey to become the ultimate pirate kingpin, you will build a fleet of ships you can customize, prey upon lucrative trade routes, and take down rival pirate captains, memorable characters or players. Season after season, as your infamy and wealth grow, so will the threats you face. In order to survive in this ruthless ocean, you will have to ally with other pirate captains to form the most influential pirate gang, becoming too big to fail and joining the endless struggle for supremacy of the Indian Ocean.