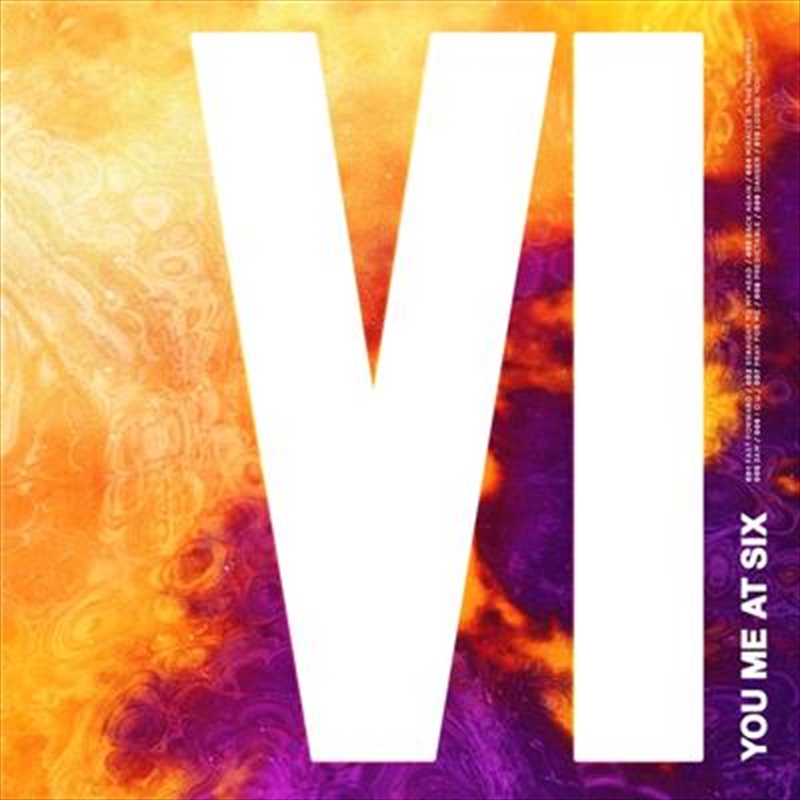 You Me At Six VI CD

Recorded at VADA Studios with Dan Austin (Biffy Clyro, Massive Attack, Pixies), and for the first time ever co-produced by the band, the new album showcases the band as they've never been heard before - switching moods and styles with breathless confidence.

Whilst retaining their bite, VI sees them flourish with uplifting alternative pop tracks such as 'Back Again', '3AM' & 'Pray For Me', straying into new territories with electro dance floor leanings on 'IOU', while heavier tracks like 'Fast Forward' & 'Predictable' are set to strike a chord with the band's long standing rock fanbase.

You Me At Six are young enough to still be releasing their first album. And if VI were that first album, it would be hailed as one of the most exciting albums by a British band in years – uncategorisable but familiar, raucous but mainstream.

With four Top 5 albums under their belt in the UK, including a Number 1 with 2014's Cavalier Youth, and an unparalleled 15 consecutive A-List singles on BBC Radio One, You Me At Six kicked things off with a first play for '3AM' as Annie Mac's 'Hottest Record'.

The band have notched up a list of considerable achievements since forming in 2004 as teenagers in Weybridge, Surrey, including four UK Gold Records, four Top 10 albums in the UK including Number 1 album Cavalier Youth, three sold out arena shows, sold out UK headline arena tours, multiple sold-out US headline tours and a Number 1 rock song in UK & Australia and Top 5 Rock Radio track in North America in 'Room To Breathe'.

VI sees the band release music for the first time under their own imprint Underdog Records in partnership with AWAL, another sign of their new found confidence and growing belief that they can claim their place at rock's top table on their own terms. “You have to make music for yourself,” singer Josh Franceschi says, “because without authenticity people are going to smell the bullshit. None of us are going to into this with any fear, because we've made something we can stand behind.”

You Me At Six are stepping out of their comfort zone and are about to change the way you think about them. Prepare to have your expectations shifted as 2018 marks a brand new chapter for one of the UK's biggest guitar bands.

Artist: You Me At Six

2. Straight To My Head

4. Miracle In The Mourning