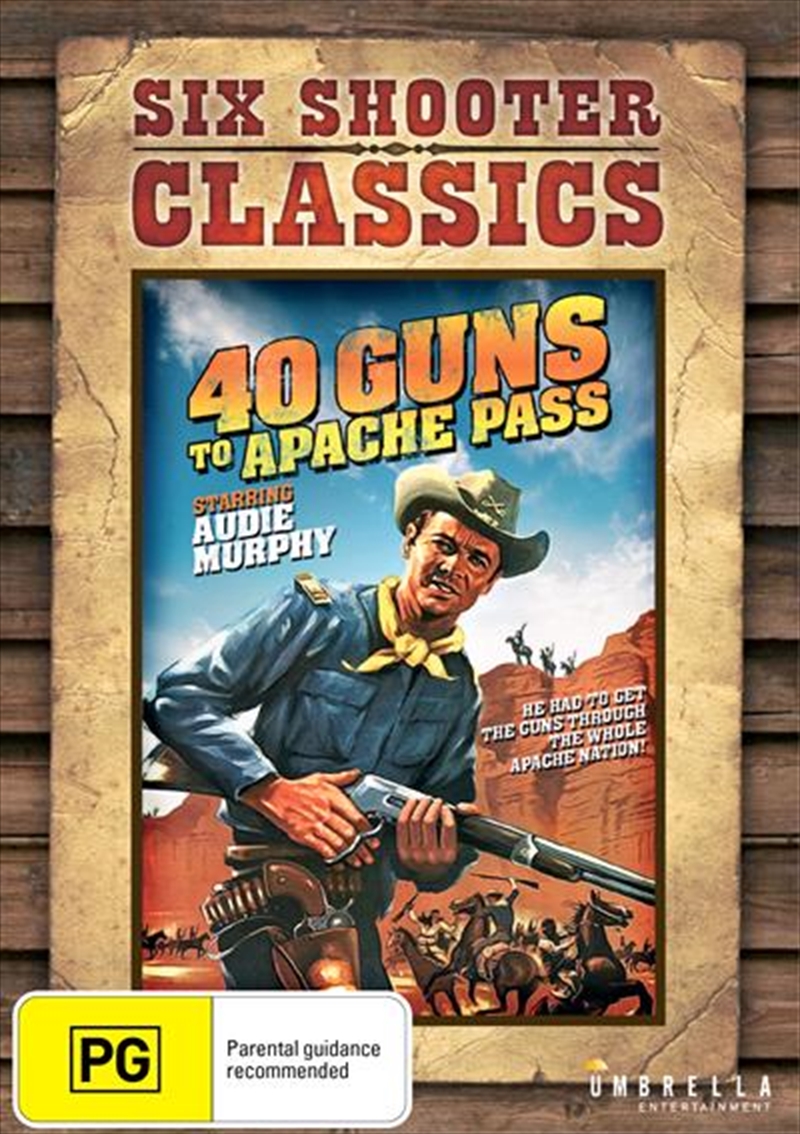 The Apache tribe is on the warpath, determined to kill every white man, woman and child in Arizona. The US cavalry is poorly armed but stands a chance if a consignment of 40 new repeater rifles can get through enemy lines.Captain Coburn (Audie Murphy, Gunsmoke), an officer disliked by most of his men, is sent to ensure their safety. But Coburn is ambushed by a disgraced officer.With his attacker offering the guns to Indian Chief Cochise for $40,000 in gold, can Coburn recapture them single-handedly and win back his honour?