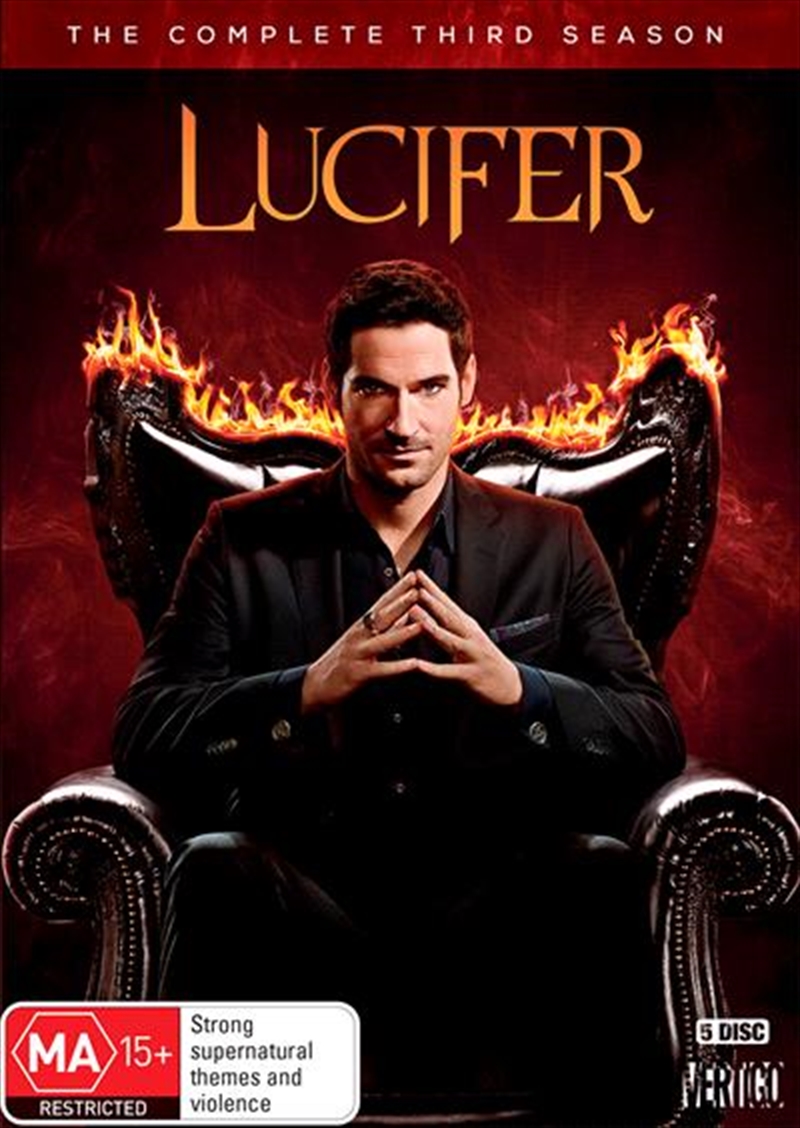 Entering its third season, the story of the original fallen angel continues. As Season Two came to a close, Lucifer took care of a little problem called Mom, aka Charlotte (Tricia Helfer). But now hes facing an even greater challenge finding out who kidnapped him, and why his angel wings are back. In addition, Tom Welling (Smallville) joins the cast as Marcus Pierce, an accomplished police lieutenant who is everything Lucifer (Tom Ellis) is not strategic, reserved and well-respected. But perhaps even more annoying are all the things they have in common. Both men are charming, charismatic and handsome as hell. So when Pierce starts developing a connection with Decker (Lauren German), Lucifer's devilish traits are inflamed.
TRAILER
DETAILS