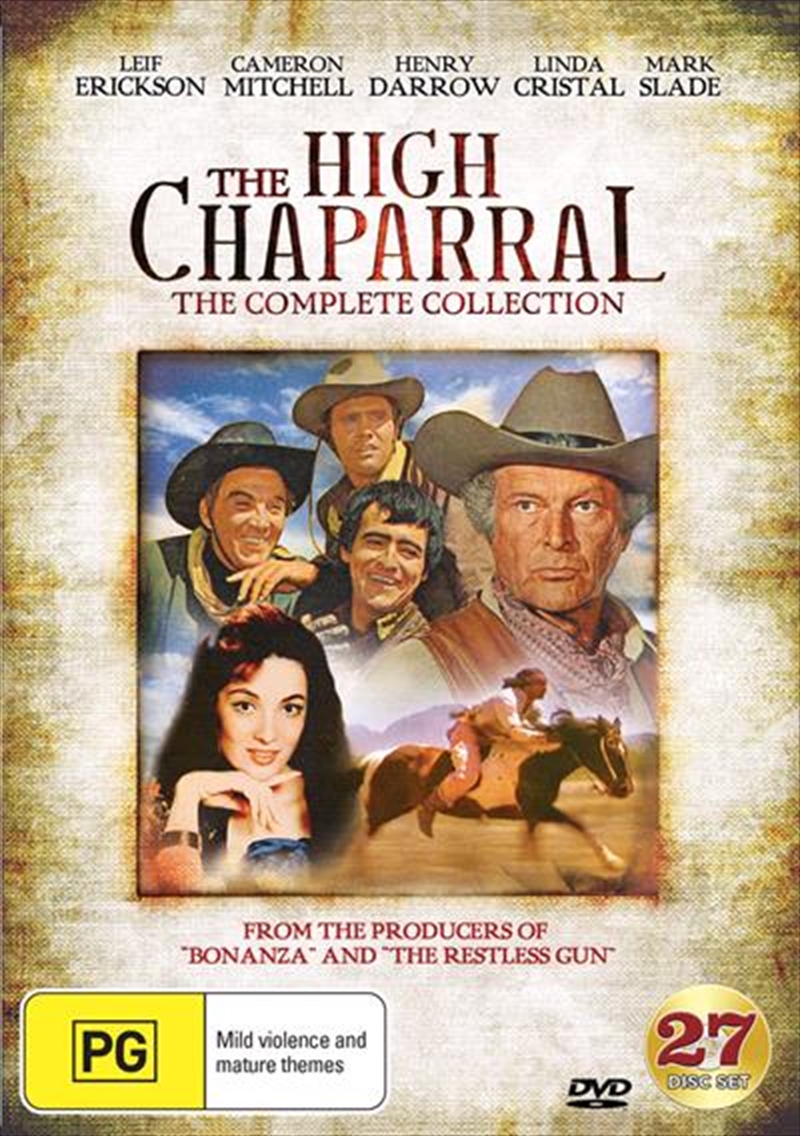 The Cannon family runs the High Chaparral Ranch in the Arizona Territory in 1870s. Big John wants to establish his cattle empire despite Indian hostility. He's aided by brother Buck and son Billy Blue. When Blue's mother was killed (in the first episode) John united his family with the powerful Montoyas by marrying their daughter Victoria (whose brother Manolito now lives with them as well). Relive all 4 seasons and 26 discs in this great Western Collection.
DETAILS