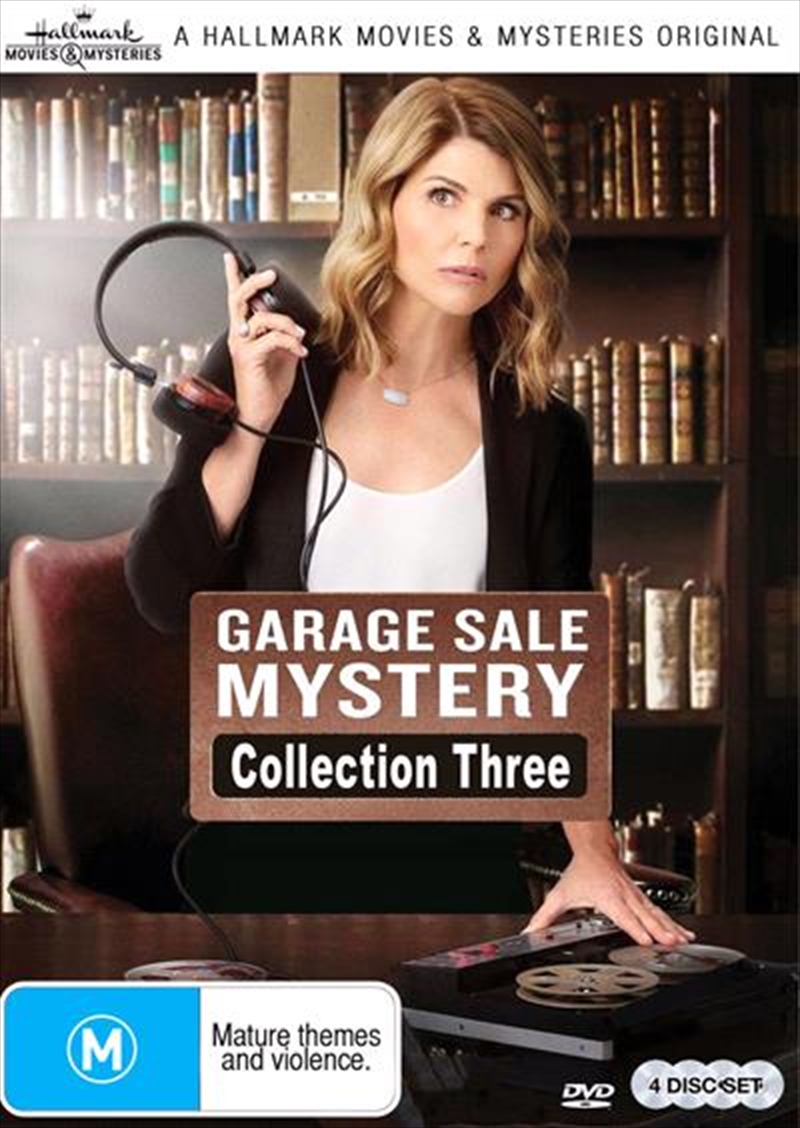 Jennifer Shannon has a gift for finding rare treasures hidden in garage sales that she can resell at her consignment store, Rags to Riches. But her keen eye for finding valuables also gets her involved in the criminal investigations that happen at the very second-hand sales she frequents. This thrilling third DVD collection features four more movie installments from the hit Hallmark crime/mystery series that has captured fans all over the world.
Garage Sale Mystery: Beach Murder - Annie Winters is a long-time customer of Rags-to-Riches and her husband Garret is a wealthy internet entrepreneur. When Garret's dead body is found washed up on the beach, it looks like an apparent surfing accident. But Annie doesn't believe the death was accidental and pleads with Jenn to take a closer look.
Garage Sale Mystery: Murder by Text - Famous country singer John Dalton's concert rehearsal is stalled when the entire crew receives a suicide note from Lita, the band's bassist. After discovering that a Taser was used to immobilize her before her death, Jenn is skeptical that Lita's death was actually suicide.
Garage Sale Mystery: Most Medieval - Jenn finds the body of a local college history professor hidden in the 15th century suit of armor she purchased for a wealthy client. As she narrows down the number of murder suspects, Jenn finds herself caught in the killer's web of dangerous lies.
Garage Sale Mystery: A Case of Murder - Jenn buys an old reel-to-reel recorder at a garage sale only to find that it includes the sound of a man pleading for his life. When the former owner of the recorder, a retired therapist, is founded murdered in a patient's apartment, Jenn's investigation leads to other patients whose love lives are more entangled than she was first led to believe.
DETAILS