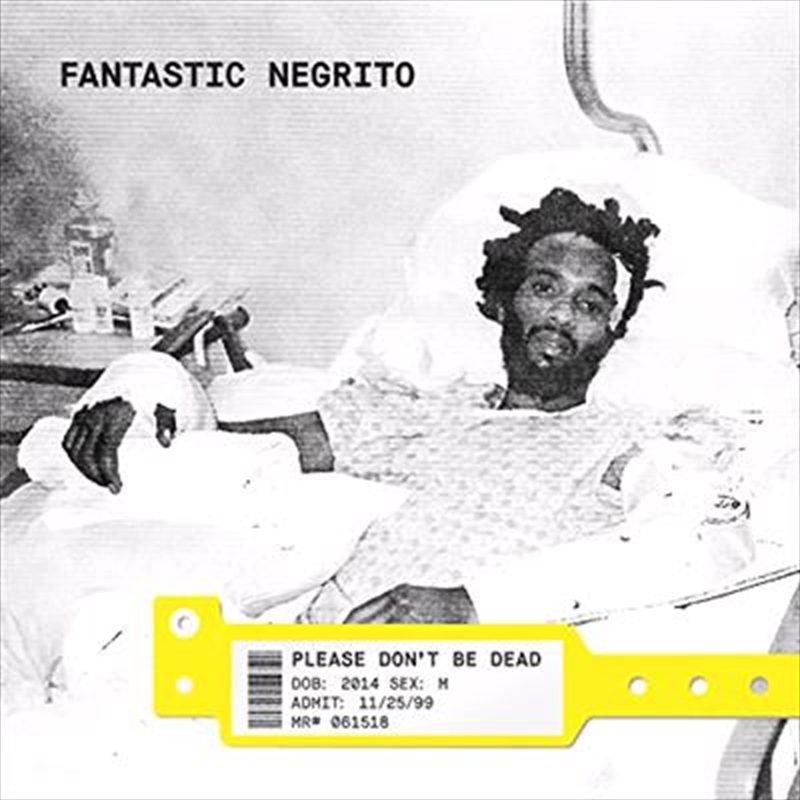 There is desperation and urgency in Fantastic Negrito's new album “Please Don’t Be Dead” which follows 2016’s GRAMMY Award-winning “The Last Days Of Oakland”. Fantastic Negrito is truly an artist for these times, a multi-talented, genre-agnostic original whose life and work embody the struggle, energy, truth and creativity of black music. Negrito was raised in an orthodox Muslim household, the eighth of 14 children of a deeply religious Somali-Caribbean immigrant.

The family moved from western Massachusetts to Oakland, CA, when Negrito was just 12 years old, his new hometown’s vibrant black community providing a massive culture shock after what was an extremely conservative childhood.

In his teens, Negrito ran the streets of Oakland, before finding music and eventually signing with Prince's management. After a slow recovery from a car crash that left him in a coma, he undertook several different musical alter egos, but in the end, he walked away from music -- only to re-emerge years later as Fantastic Negrito.

In 2015, he entered and won NPR’s inaugural Tiny Desk Concert contest, triumphing over 7,000 other entrants. In 2016, he self-produced and self-released the debut Fantastic Negrito album,” The Last Days Of Oakland”, which scaled unimaginable heights, eventually going on to earn the aforementioned Grammy Award for Best Contemporary Blues Album.

6. The Suit That Won't Come Off