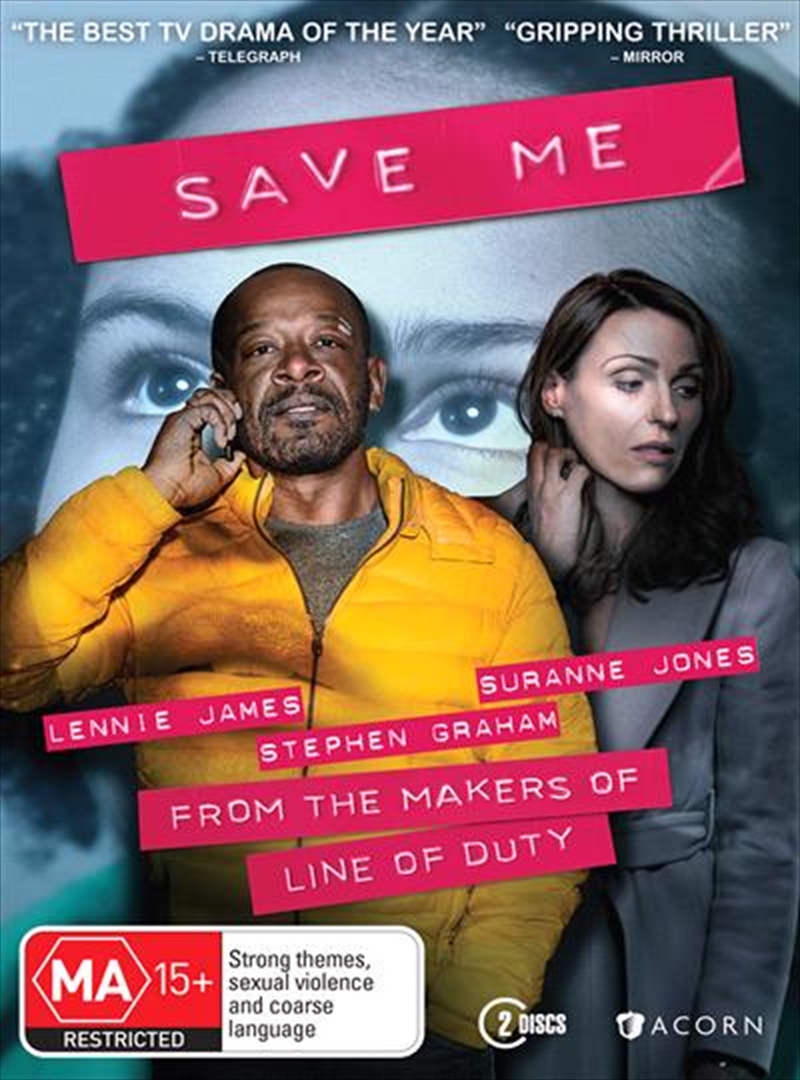 From the multi-award-winning producers of Line of Duty comes the brand new gritty, gripping British drama Save Me. Written by and starring the multi-talented Lennie James (The Walking Dead, Line of Duty), alongside renowned, must-watch star Suranne Jones (Doctor Foster, Scott & Bailey). Nelson Nelly Rowe (James) is a ducker and a diver, a charmer, a chancer, a fighter and a liar. He likes a drink, spending most of his time in the local pub, and he loves whoever hes sleeping with. Hes also a man who should know better at his age but couldnt care lessthat is until his whole world comes crashing down around him. When Nellys 13-year-old daughter, who he barely knows goes missing, her mother Claire (Jones), is convinced of his guilt. Before he knows it hes been arrested and charged with Kidnapping. Desperate to clear his name Nelly, looks to his community for help. Hell-bent on finding the perpetrator and saving his daughter, he will stop at nothing in his life-changing quest for truth.