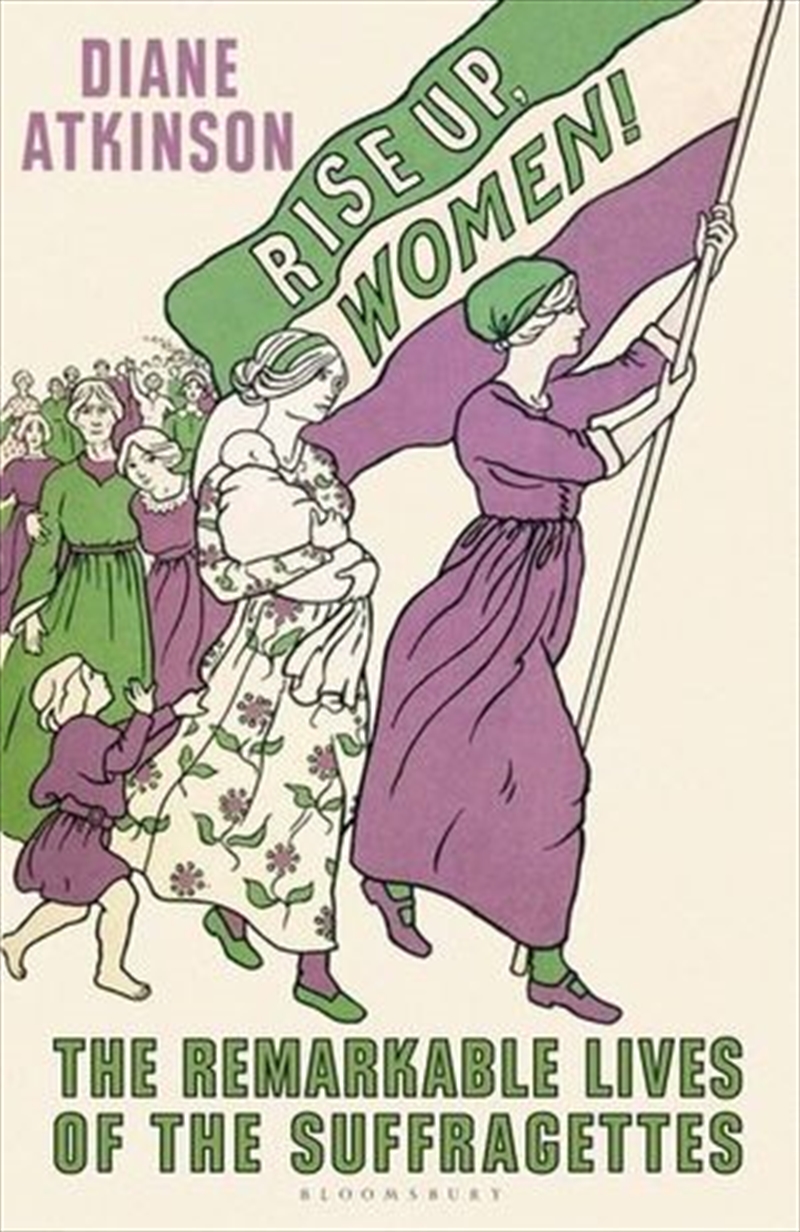 Shipping - See delivery options.
Postcode:
Quantity:
SEE MORE IN:
Biographies
DESCRIPTION
Marking the centenary of female suffrage, this definitive history charts women 's fight for the vote through the lives of those who took part, in a timely celebration of an extraordinary struggle
An Observer Pick of 2018
A Telegraph Book of 2018
A New Statesman Book of 2018

Between the death of Queen Victoria and the outbreak of the First World War, while the patriarchs of the Liberal and Tory parties vied for supremacy in parliament, the campaign for women 's suffrage was fought with great flair and imagination in the public arena.

Led by Emmeline Pankhurst and her daughters Christabel and Sylvia, the suffragettes and their actions would come to define protest movements for generations to come. From their marches on Parliament and 10 Downing Street, to the selling of their paper, Votes for Women, through to the more militant activities of the Women 's Social and Political Union, whose slogan Deeds Not Words! ' resided over bombed pillar-boxes, acts of arson and the slashing of great works of art, the women who participated in the movement endured police brutality, assault, imprisonment and force-feeding, all in the relentless pursuit of one goal- the right to vote.

A hundred years on, Diane Atkinson celebrates the lives of the women who answered the call to Rise Up '; a richly diverse group that spanned the divides of class and country, women of all ages who were determined to fight for what had been so long denied. Actresses to mill-workers, teachers to doctors, seamstresses to scientists, clerks, boot-makers and sweated workers, Irish, Welsh, Scottish and English; a wealth of women 's lives are brought together for the first time, in this meticulously researched, vividly rendered and truly defining biography of a movement.
DETAILS