Essence Of You And Me 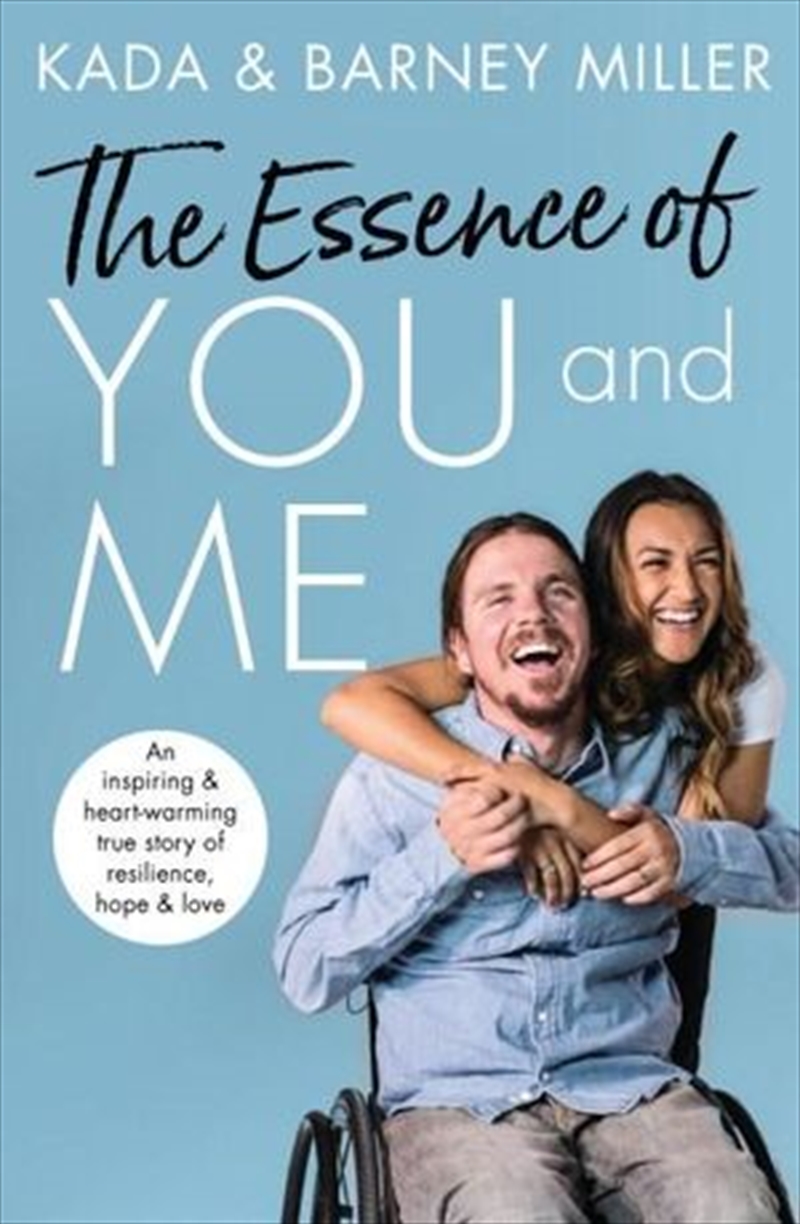 Essence Of You And Me

The inspiring, heartwarming true story of Barney and Kada Miller. This couple prove that love and resilience can change everything.

As a 20-year-old, David 'Barney' Miller was one of the best surfers on Australia's mid-north coast. His heroes were Occy, Luke Egan and Matt Hoy, and one day he hoped to give the tour a solid swing. But when a workmate lost control on a bend in the road, flipping their car and slamming into a tree, Barney was trapped in the wreckage. The accident left him a quadriplegic. He was told by doctors he would never breathe independently or be able to use his right arm or his legs again.

Refusing to give in, he defied all medical assessments through self-belief, hard work and sheer guts. But his surf dreams were ended and even with his determined efforts, he wasn't able to walk. Barney plunged into a depression many thought he wouldn't emerge from. Then he met Kada, a beautiful girl from a country town who dreamed of becoming a singer. Kada had moved to the coast to escape her own troubled life.
When Barney met Kada they fell in love. She didn't see his wheelchair, she saw the man he was. Barney saw everything Kada was and everything she could be. He made it his mission to only ask Kada to marry him when he could kneel down to propose, stand at the altar and dance together at their wedding.
Kada has released her first album and though Barney is still chasing his dream to walk again he stood up to marry her. Together they believe anything is possible. Every day they prove that is true.

Title: Essence Of You And Me