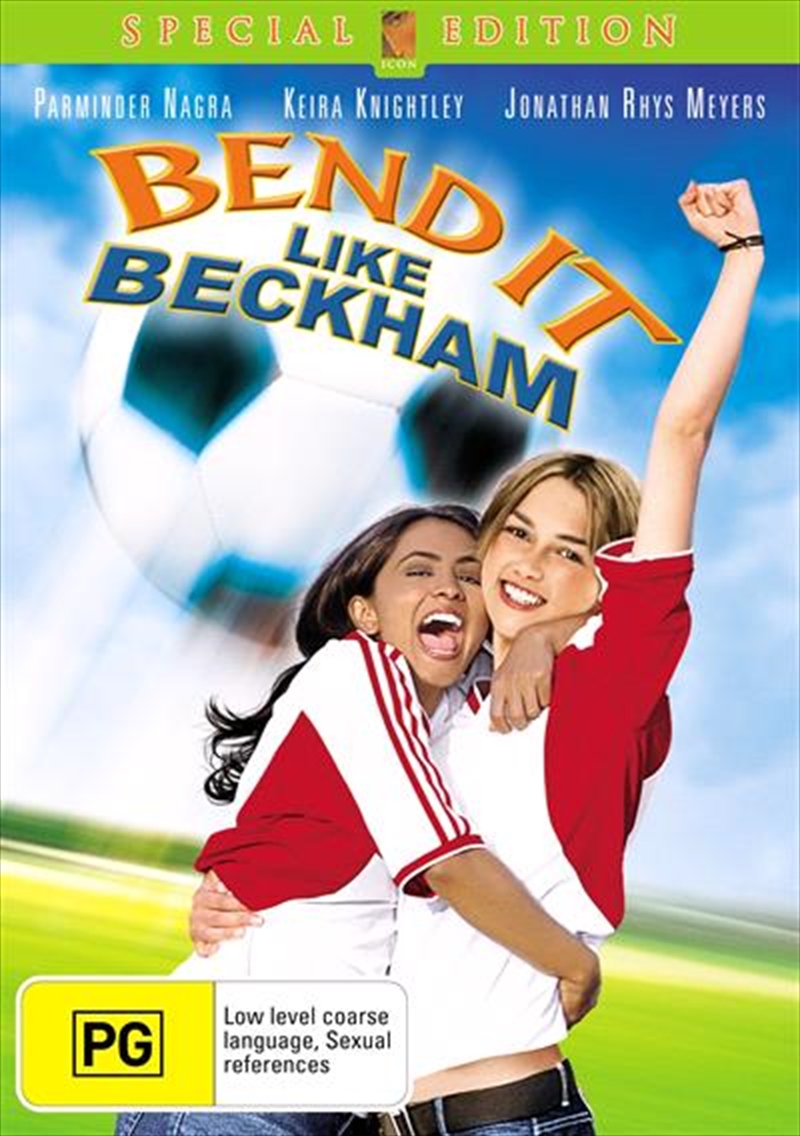 Bend it like Beckham is the fantastic smash hit comedy that asks: Who wants to cook Chapattis when you can bend a ball like Beckham? Football-mad Jess is 18, smart, beautiful and can bend a ball better than any boy she knows. She's set her heart on playing for a top woman's footie team, but there's one problem: her strict parents want her to settle down with a nice Indian boy and learn how to cook!Flying in the face of her parents' disapproval, Jess and her best mate Jules make a name for themselves in the Beautiful Game, but then love rears its head for them both in the form of their fit (in more ways than one) coach Joe (Jonathan Rhys-Meyers - Velvet Goldmine). Jess has a tough choice - her best friend or a gorgeous bloke. What's a girl to do?With a great cast that also includes Juliet Stevenson (Emma) and Shaznay Lewis (All Saints), Bend it like Beckham is a hilarious comedy about friendship, family and football that will have you cheering from the sidelines!
TRAILER
DETAILS